Today was a light air day just on the verge of being sailable.  We headed out to course not knowing if we were actually going to race or if we were just going to be sitting out there for a while.  The wind was just strong enough that the Race Committee started us on time on a course with just 1-mile legs. 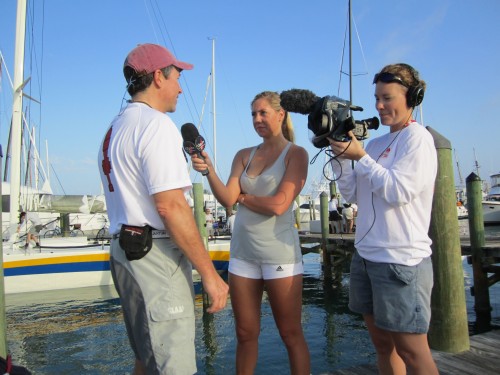 We won the start but ended up on the wrong side of the course when the first shift came down.  We were mid-fleet around the first windward mark and caught a couple boats downwind.  On the next upwind we held our own, but boats that banged the corners came out ahead.  On the final downwind we had clear wind heading downwind and picked up a boat, but got sniped at the line by another boat putting us in 7th. 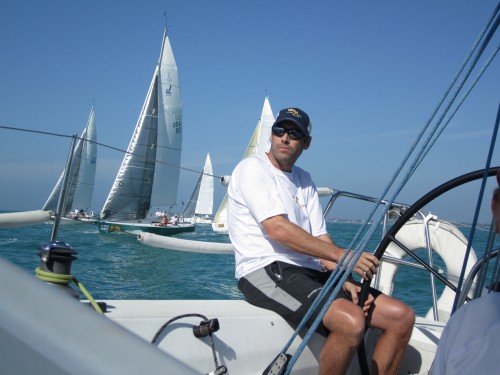 By that point the wind was dying and wouldn’t be enough to get another race in so the Race Committee called us off and we were back at shore by 1.

Most of us rested or did some sight-seeing for the rest of the afternoon.  At 6 we headed over to the regatta party tent to see the awards.  Unfortunately for me something I drank didn’t agree with me and I went from feeling fine to feeling like I was going to be pretty sick in just a matter of minutes.  I booked it home and rested up for the rest of the night hoping to be back to normal tomorrow.