Day 2 of the Laser North American Championship at Brant Beach Yacht Club started with a postponement ashore while we waited for the wind to fill in and the fog to lift.  By 11:30 the fog and the postponement had lifted and we were headed out to the racecourse with the Radial fleet doing the first start to catch up and get their 3rd race in.

In the first race with the wind at 8-10 I won the boat, albeit I was half length late to the line. I stayed in clear air up the beat and even played some shifts finding myself in the top 20 at the top mark. The rest of the way around the course I ceded some boats and finished 23rd. 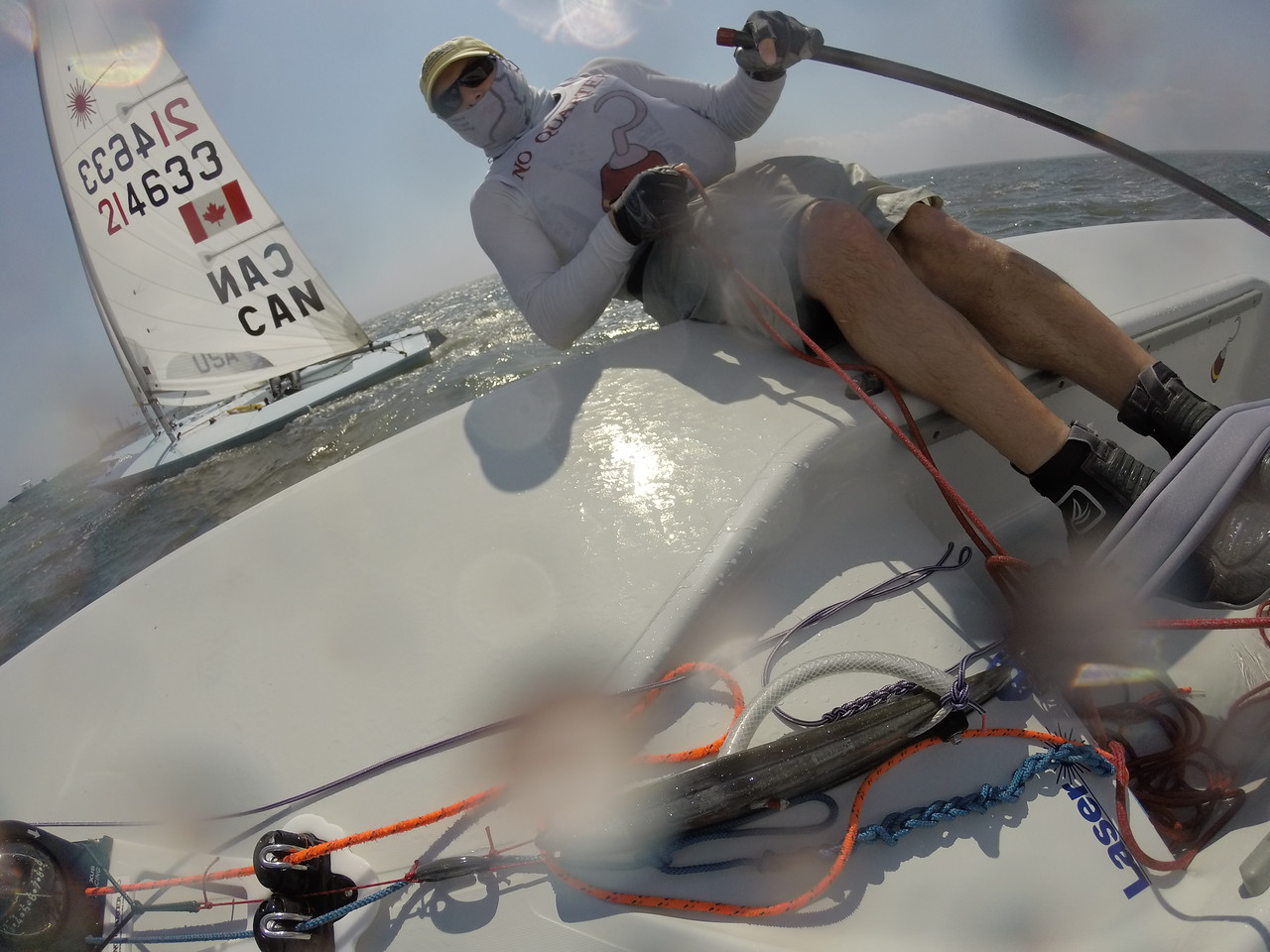 The second race saw the wind up another knot or two – now at a range that required some depowering. I had a good start in the middle of the line and held my lane for a while, but eventually got squeezed off and sucked out the back.  I never really felt like I got the boat going upwind and was probably bottom 5 around the top mark. I was able to claw back a few boats downwind and reaching finishing 35th.

In the 3rd race I started midway down the line, but was a little late so I immediately tacked out to the right to find clear air.  I played the shifts much more so than I had in previous races and was a little more comfortable with the boat moving through the waves and little higher winds.  At the top mark I found myself mid-fleet and I was able to actually work the boat through the waves to catch up on boats ahead of me downwind and reaching and rode that to a 21st place finished pulling me up to 28th overall before a drop was factored in. 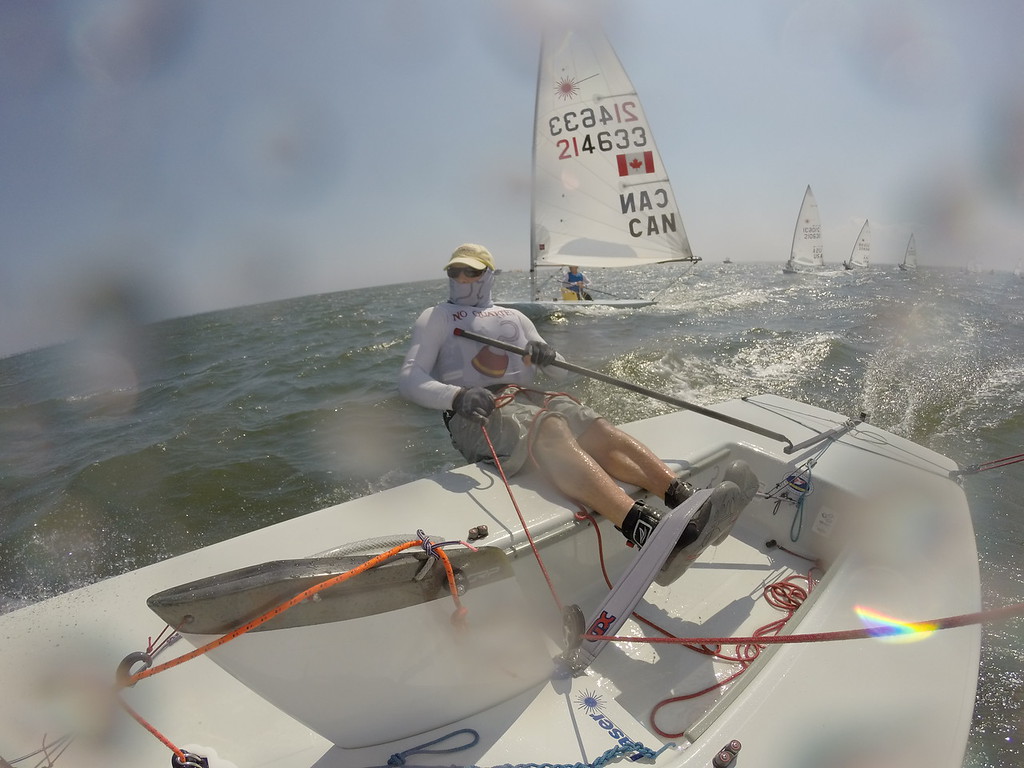 One fun observation today was how much better the masters sailors were on the reach. There’s a technique to it that I just don’t think the younger sailors have seen since it’s not often we sail on courses with reaching legs.

Post-sailing I did another 4-mile run, got dinner with sailors at the club and caught up with some of the junior parents from FBYC.