This GoPro mast mount should work for all mast sizes from a Laser on up.  It was modeled after a mount seen on Layline’s website.  On a Laser the mount can be used to film what’s ahead, or by putting it to the side and using some extenders can point backwards towards the cockpit.  Obviously the mast rotation will result in some less than ideal shooting angles some of the time.

I used an Easy on/off bracket mast mount, but instead of using a stick-on or tripod mount, I drilled out the bracket part of a helmet mount and used two stainless steel bolts to attach it.  The other solutions are probably sufficient, but I wanted something that would be bullet proof as I see myself mounting this in some places that I couldn’t exactly get to in a pinch if something went wrong.

Easy on/off bracket and GoPro Helmet Mount with an extra hole drilled in the v-mount for the mount. From the back showing the screws cut to the proper length with a hack saw so they didn’t protrude toward the mast any further. *I used two 36″ Velcro straps which might be overkill for a Laser mast, but I actually found it to work quite well and be very secure. Finished bracket mounted on a Laser mast with Velcro straps which were wrapped around the mast 3-4 times. 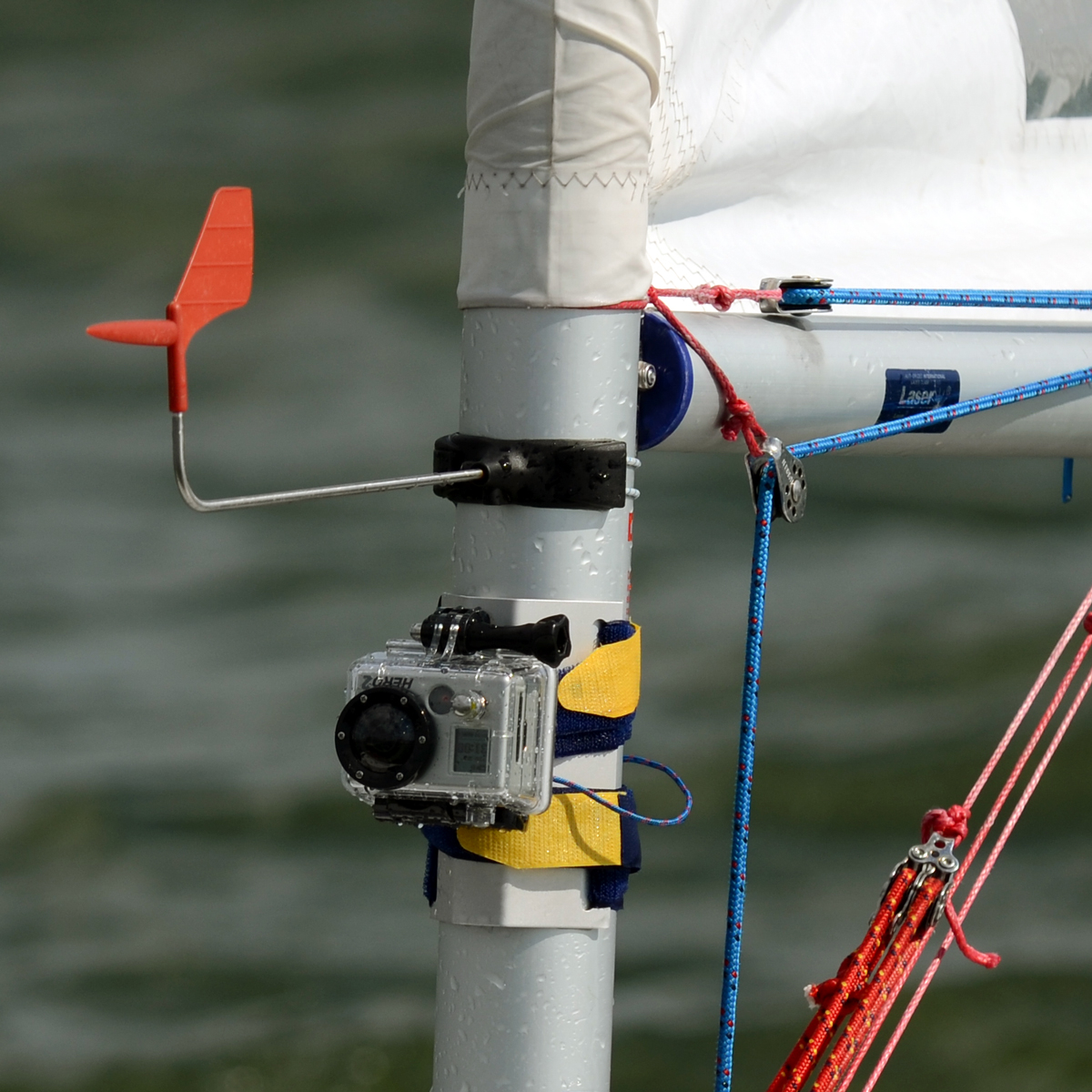 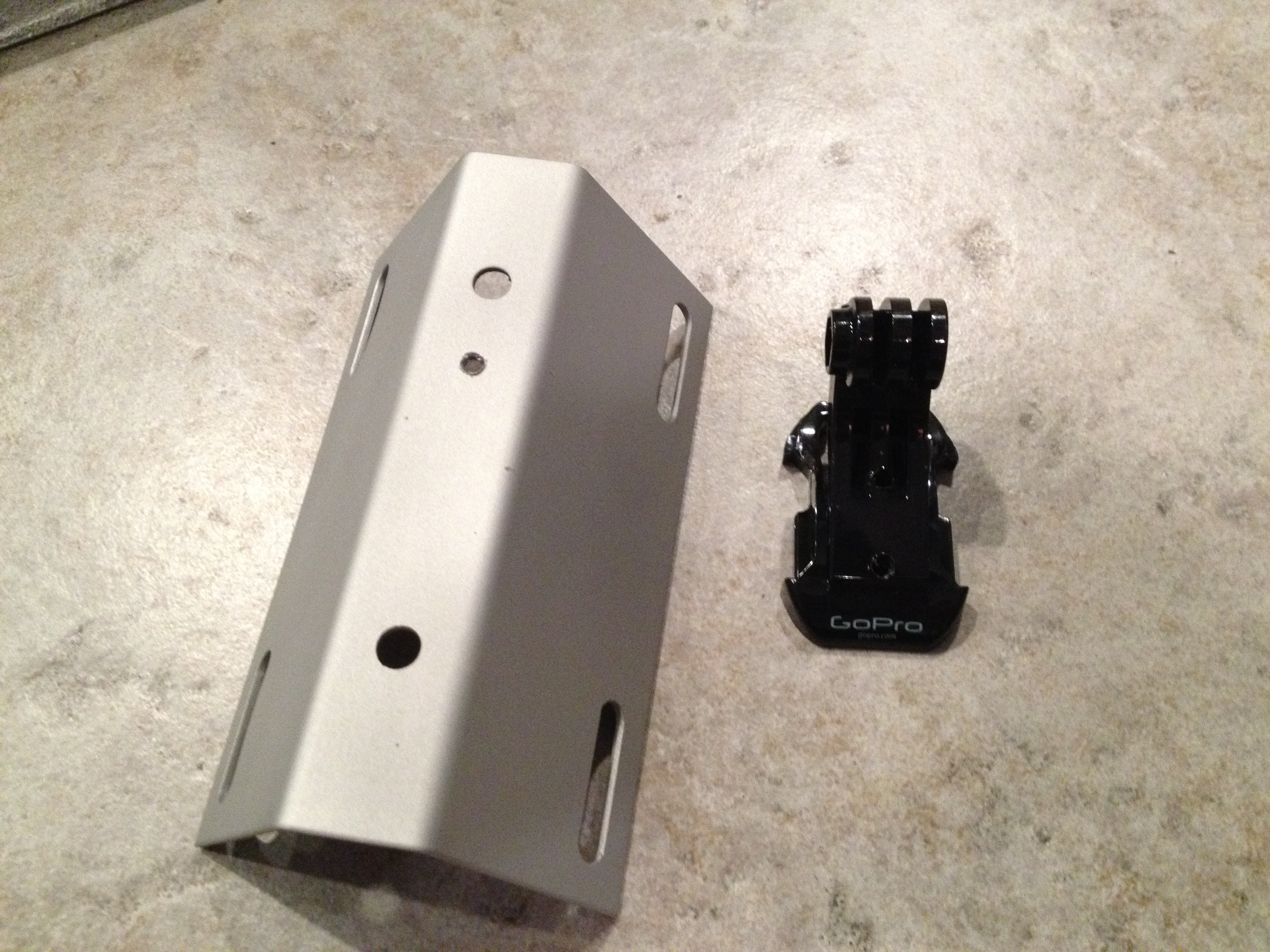 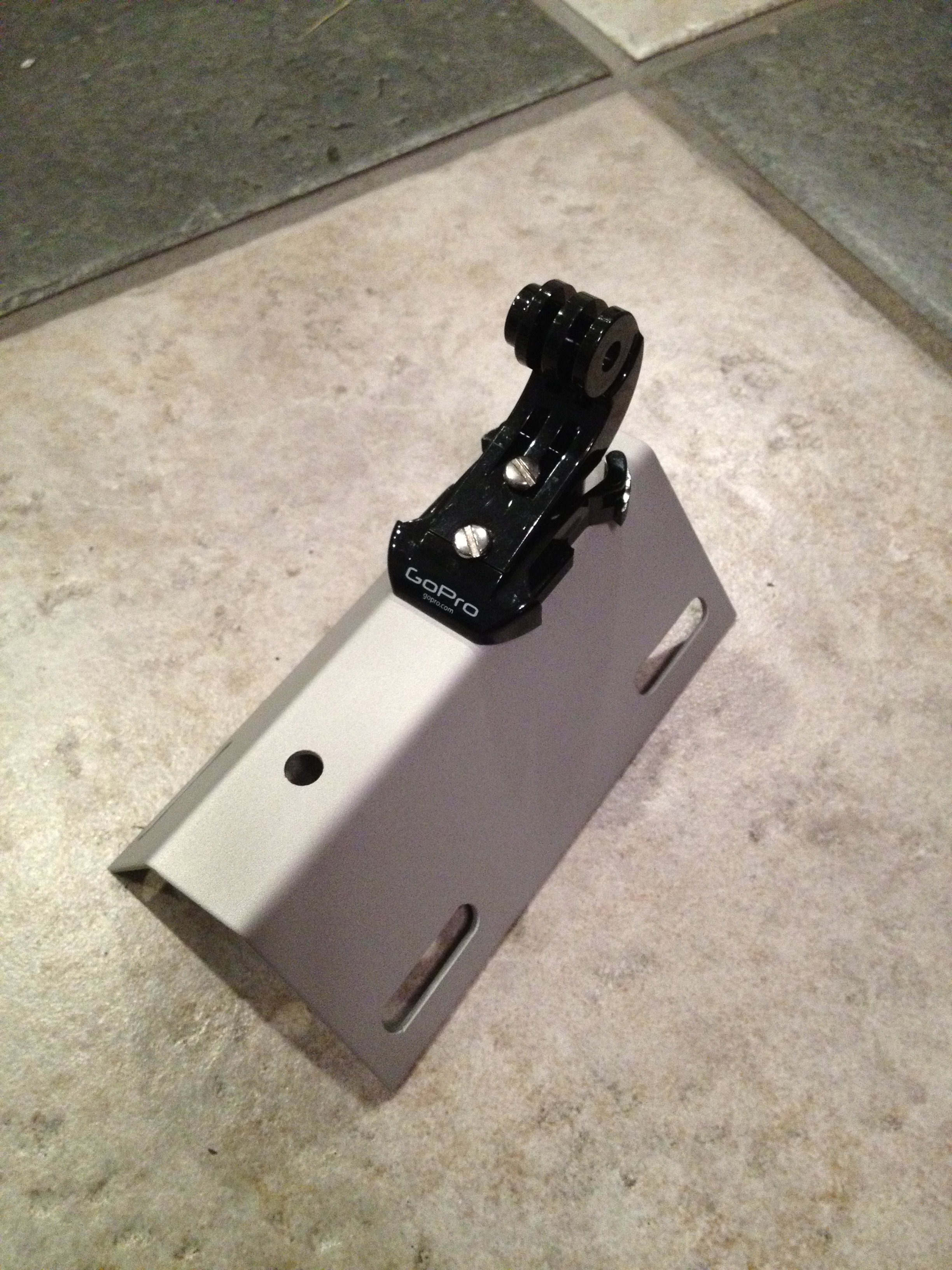 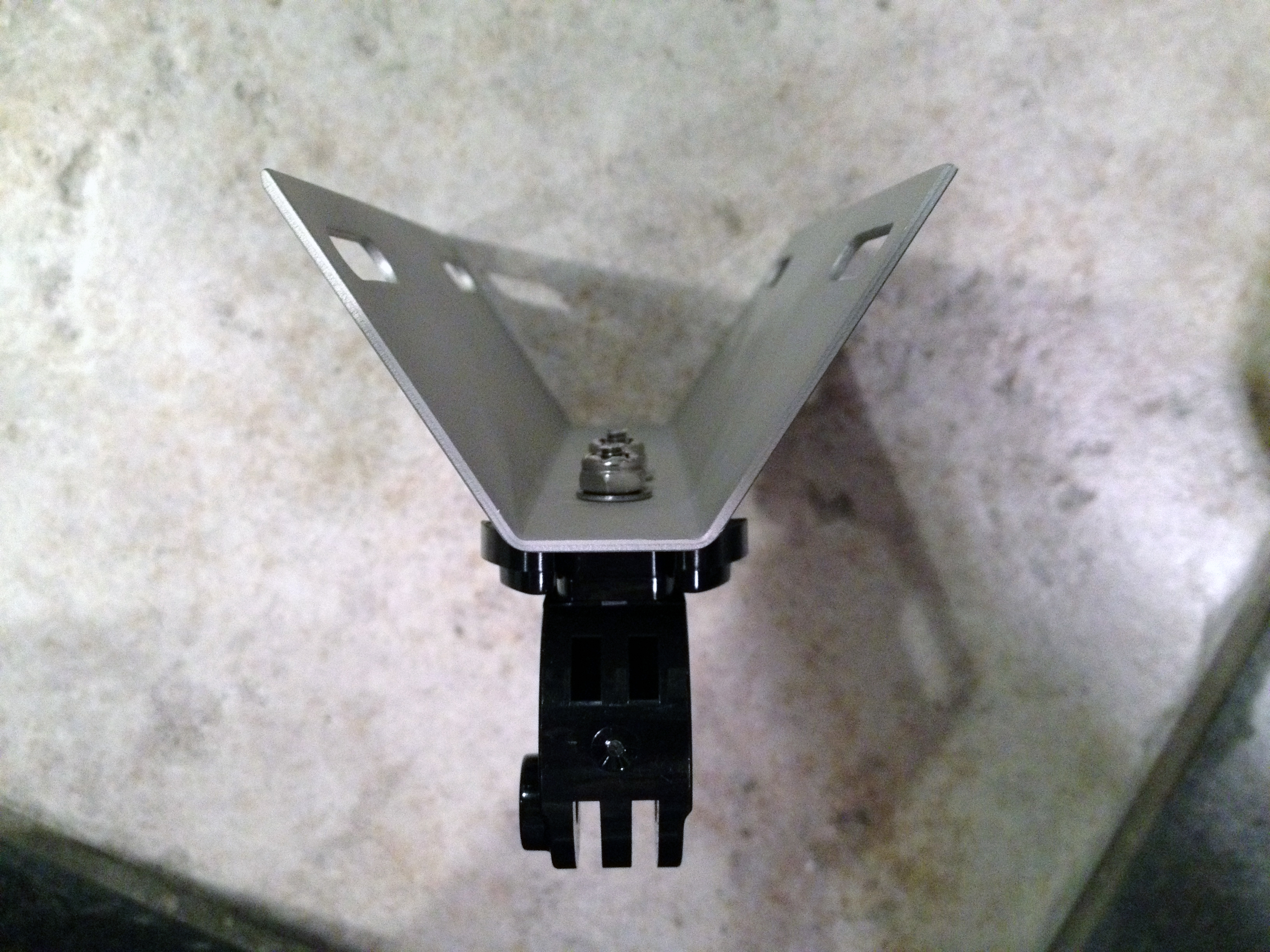 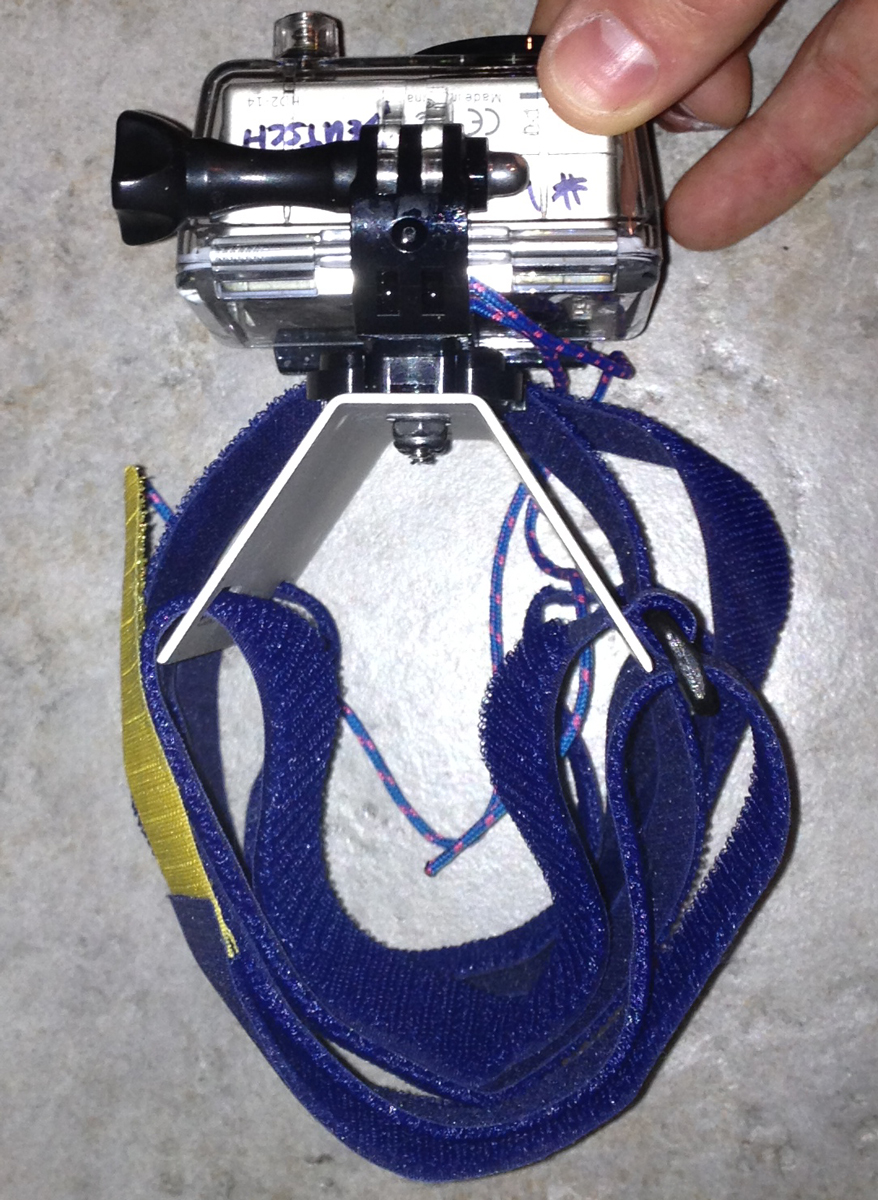