Jess and I made a weekend trip down to Greenville to see ECU take on William & Mary. ECU won and we got to go down on the field after the game.

I know a regatta and an ECU football game in Annapolis is a rare thing and so today I was able to sail in the Laser District 11 Championship and attend ECU’s away game at Navy.  It was cool to see all of the midshipman in the pregame ceremonies and the flyover. It was downhill from there for ECU football loosing 42-10.

ECU had their home opener against Gardner-Webb. The new press box was open and for the first time North Carolina allowed universities to sell alcohol in the stands. It was fun catching up and ECU won the game. 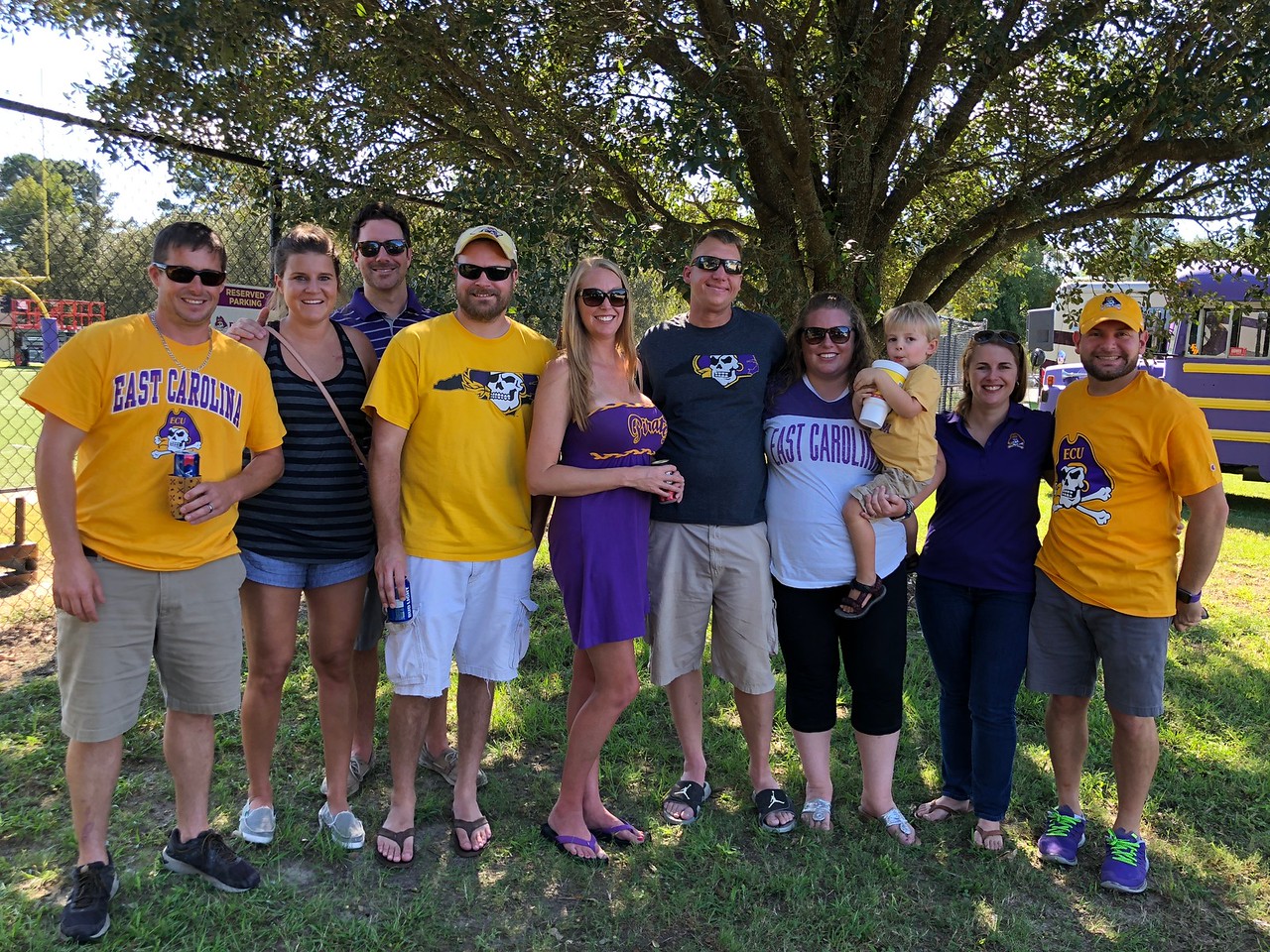 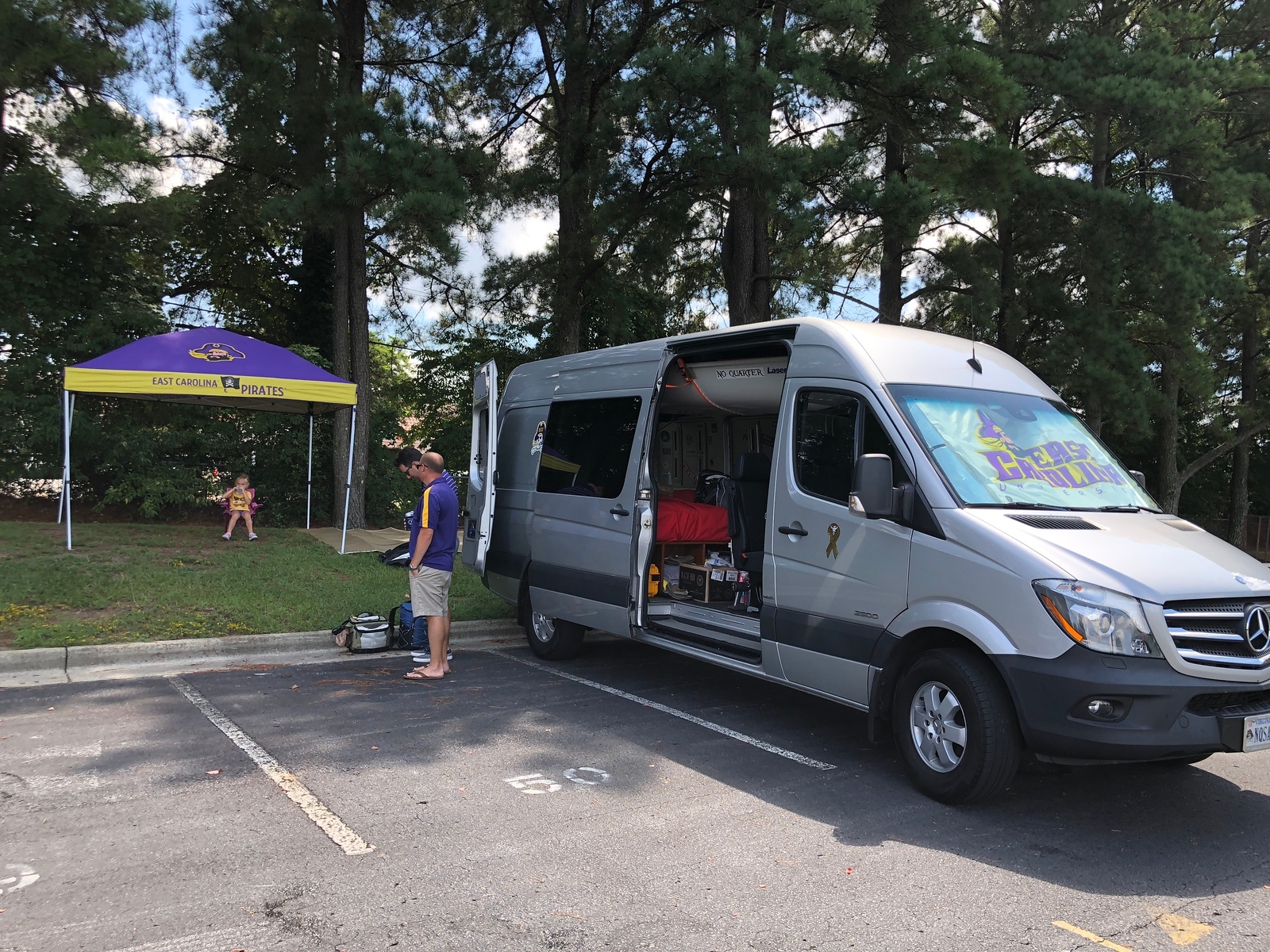 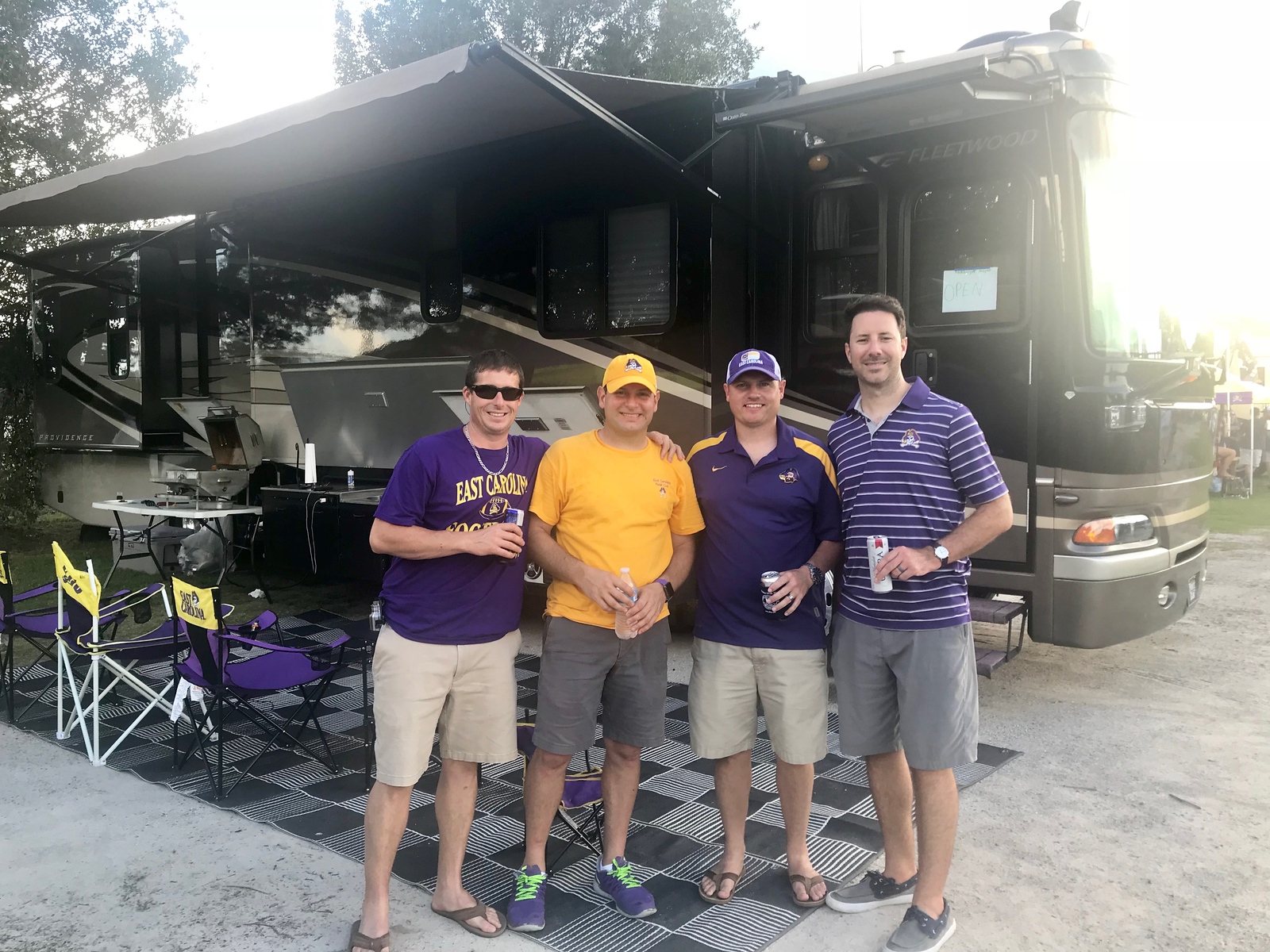 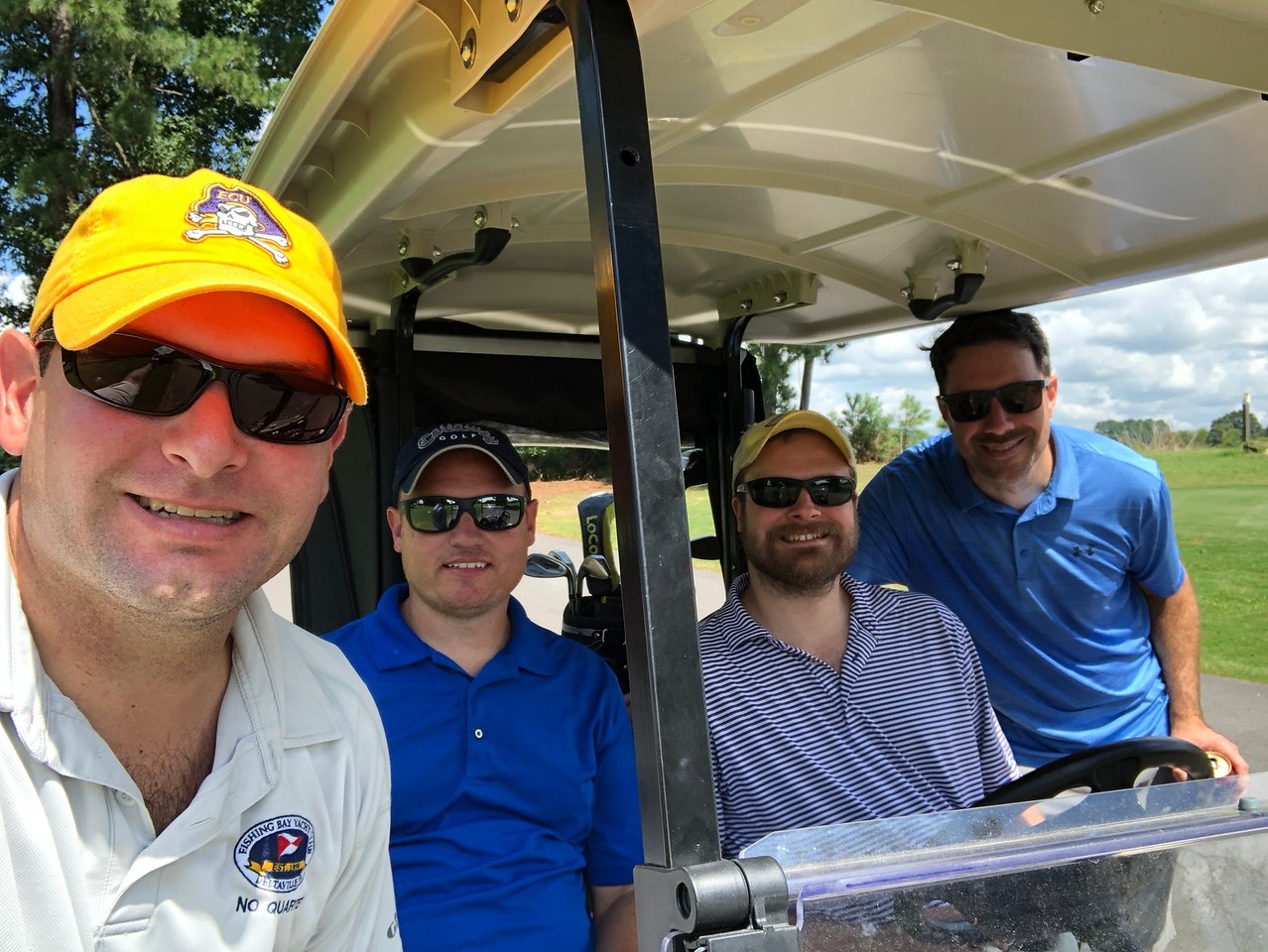 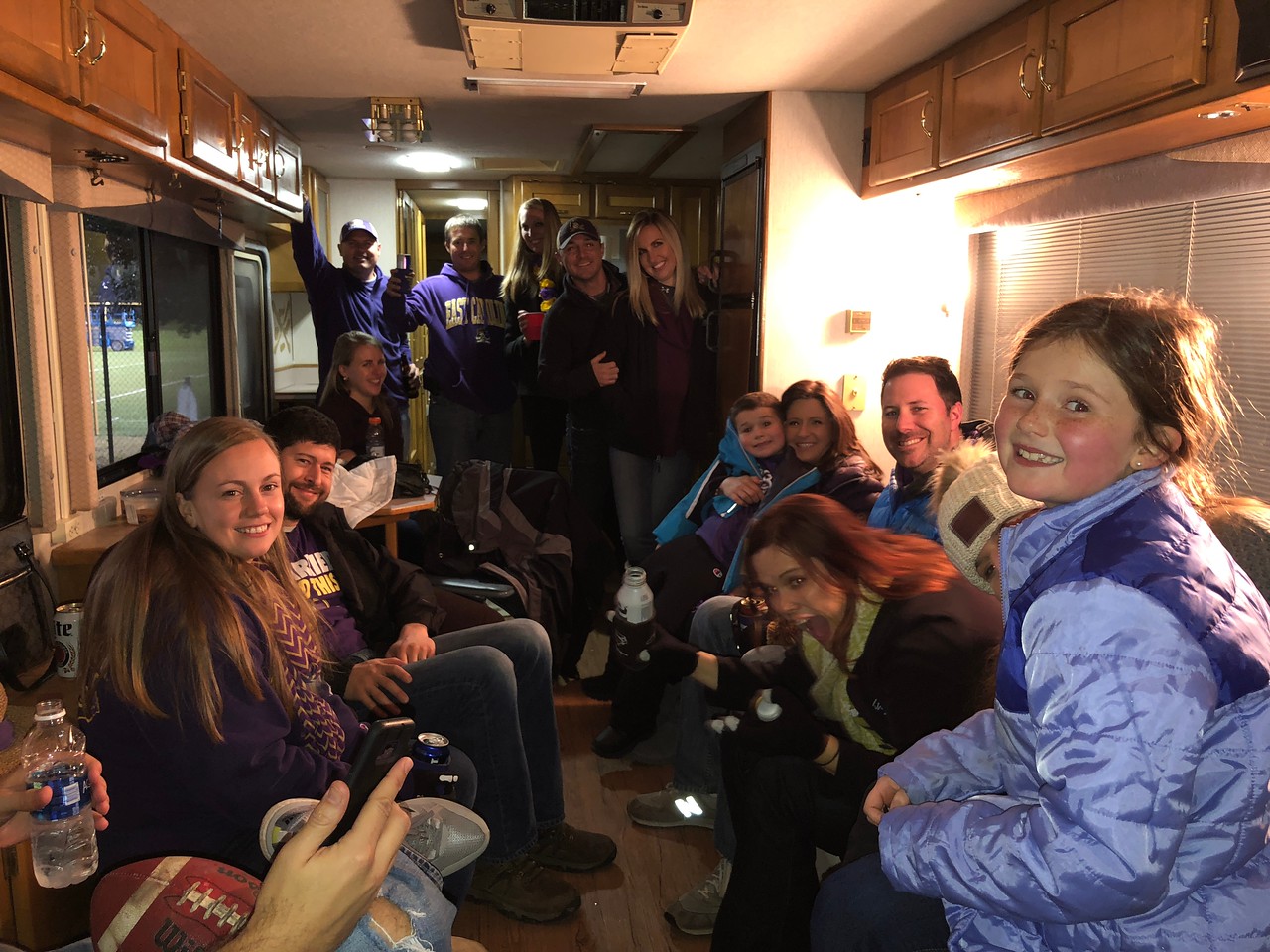 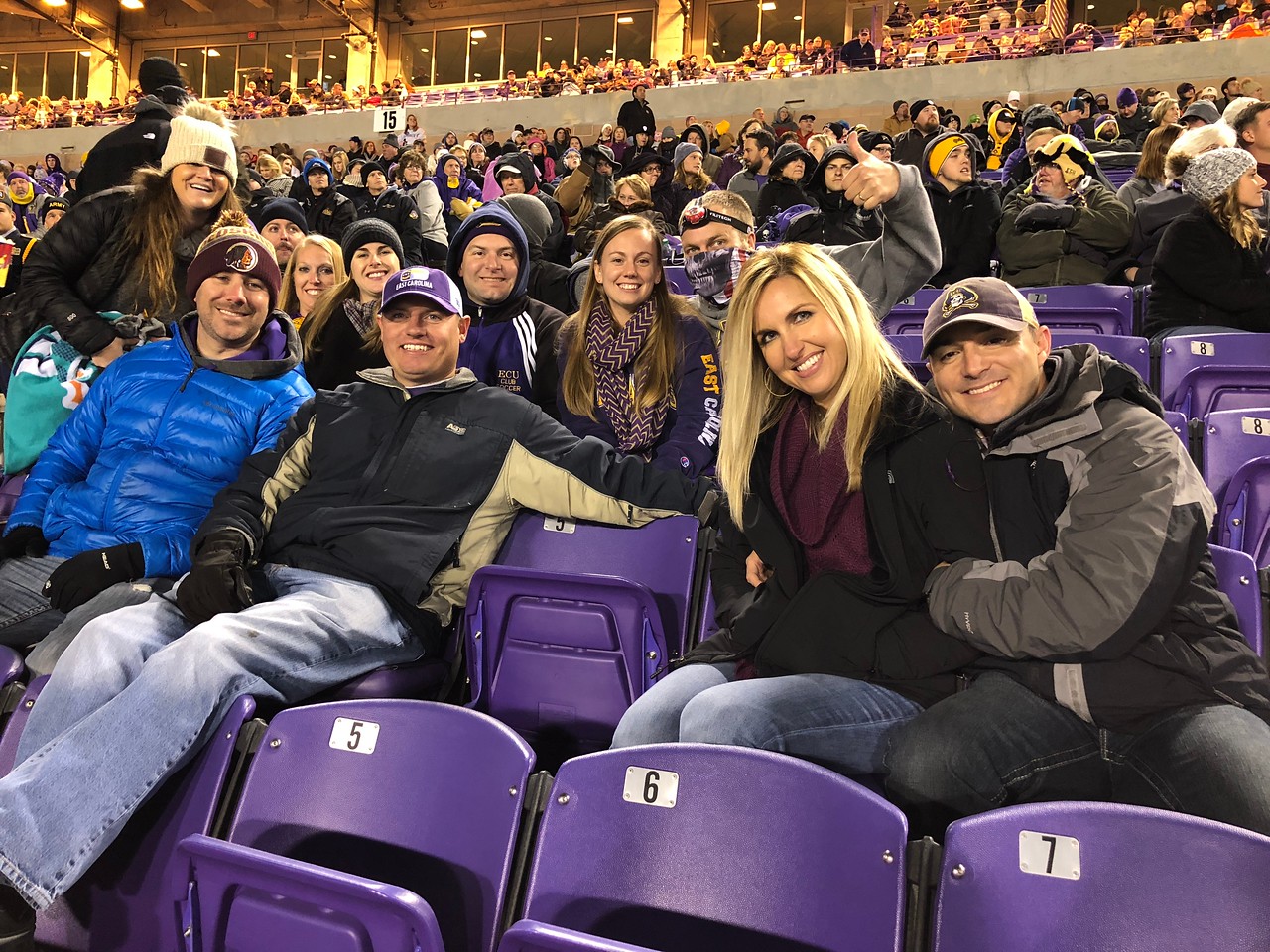 It was a great fall evening for watching football as Brigham Young University was in town to play the Pirates in football.  ECU won the late evening contest and some of us even made it downtown to celebrate.

Another ECU tailgate – this time just the guys and the kids. 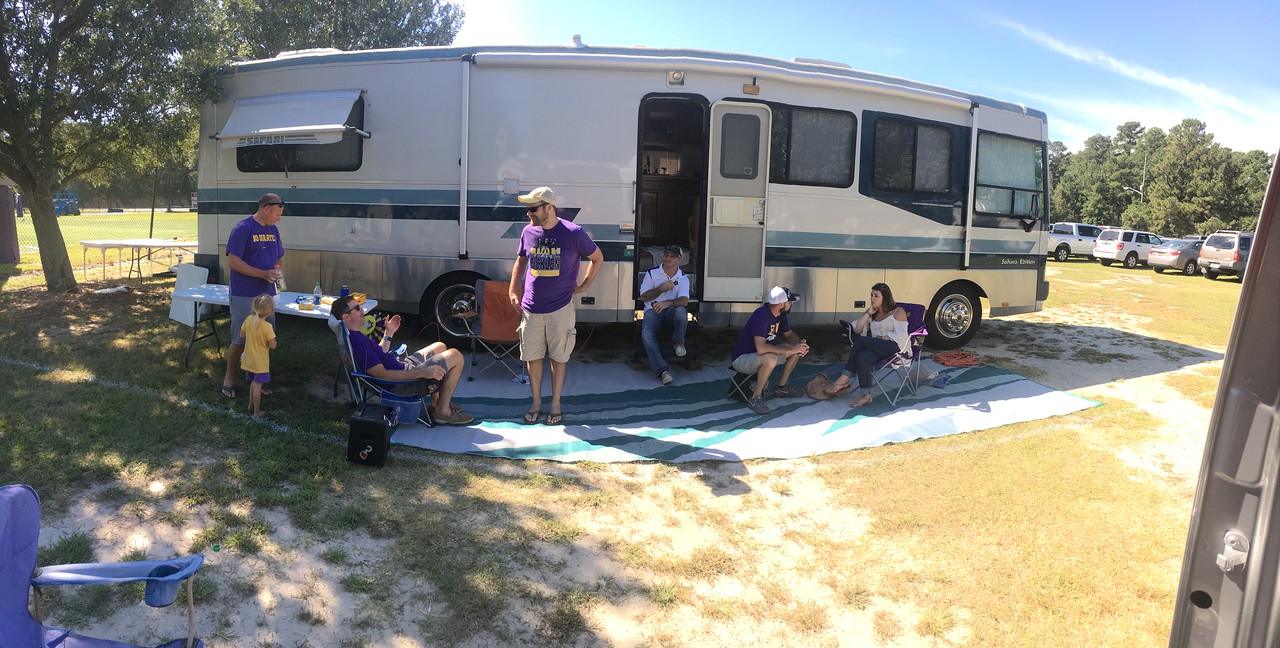 VT is always a tough game for the pirates – lucky for us it was a little later and gave us plenty of time to tailgate! 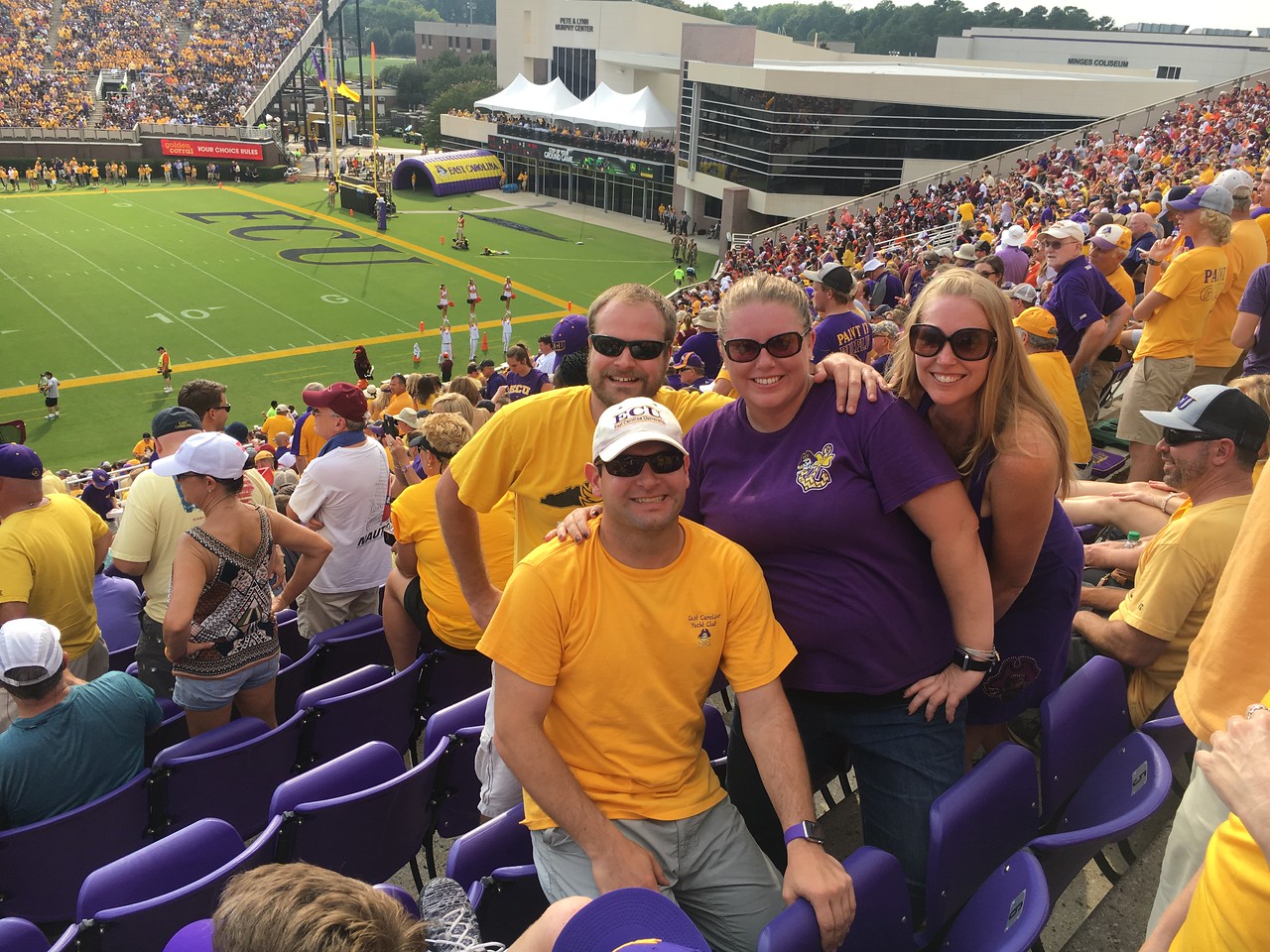