I got a late start out of Richmond on Thursday night and finished the 2nd half of the drive this morning arriving at Brant Beach Yacht Club 45 minutes before the skippers meeting. We ended up being postponed on shore another 45 minutes before finally leaving around 12:30.

We would go out and float around another 2 1/2 hours without any wind really filling in. I tried making a GoPro video that made it look as if we really were sailing fast. Kind of glad I did – I took some underwater video and only after reviewing it later did I realize how bad the weeds really were despite not looking bad on the surface.  Also note how shallow the bay is.

Back on shore the sailors enjoyed a great dinner in the club house and watched the sunset as the club’s A-Cat Raven sailed by. 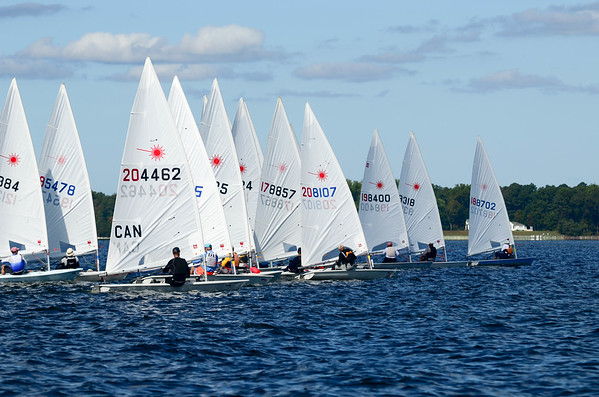 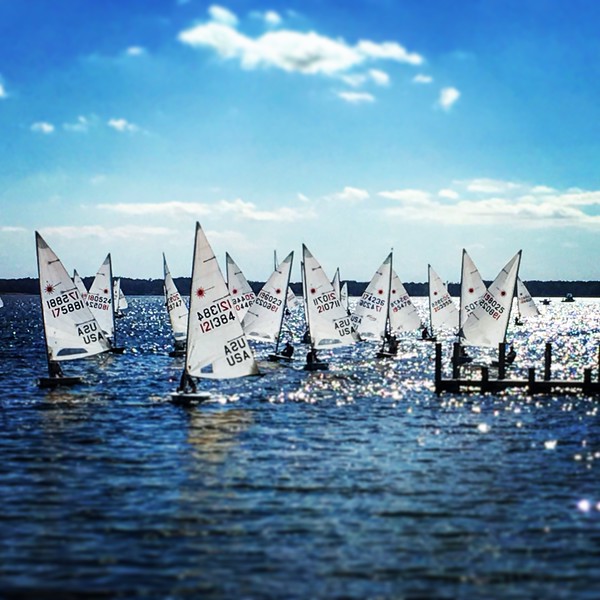 It’s been a great year visiting friends and seeing the ECU Pirates play football with the WhiteTiger.  Here are some of the highlights:

Fishing Bay Yacht Club held their inaugural J/70 Chesapeake Championship Regatta and I was sailing on Steve Q’s Hotty Toddy among the 18 boat fleet. The weather forecast for Saturday morning called for some pretty epic winds to move in and little did we know we’d all have some pretty epic sailing before the day was done.

Racing was moved into Fishing Bay and even before we got there, boats were already broaching on there way there. After 1 general recall the first race was started.  The wind in the bay was blowing 25+ from the NNW so our course took us from Godfrey Bay, across the Piankatank River and around the windward mark on the western end of Fishing Bay.

Sailing upwind in that kind of wind was a real slog.  While we had heard from plenty of others how to sail in those conditions, actually doing it was another story and it definitely took us some time to get into a groove with it.  The teams that had clearly done it before easily pulled ahead in what was less about who was fast and more about who was upright especially when it came to the downwind.

Being new to this boat in this kind of wind, we took a conservative approach downwind and after watching plenty of boats wipe out, we only put the chute up when we felt the wind was going to hold and not be so gusty.  That didn’t last and a few minutes after putting it up we were on our side.  In the process of recovering it, one of the panels split and we quickly took it down and hauled it in, not to be used again.  [Watch this whole sequence on the video below.]

After two races in those conditions the race committee abandoned further racing for the day, and ultimately for the weekend.  The slog home around Stove Point grueling with 5-6 foot waves and 40 knot gusts.  We sailed under main alone with waves sometimes crashing over the boat.

While we weren’t competitive in those conditions, we were happy to have had fun this weekend and learned a lot in the process.  We’ll definitely be able to be a lot more competitive and comfortable with the conditions when they are up like that in the future.  Thanks Steve Q for having me aboard and I enjoyed sailing with Jerry L and Tom F.

Such a great time to play some soccer at the end of the day.   Literally put blood, sweat and tears into this… after I got hit with a soccer ball while filming and the camera cut my forehead, and tears when I missed the sudden death penalty kick putting my team out of the final.  Was a fun video to make and there’s never been a better time for me to start a rap career on the side.