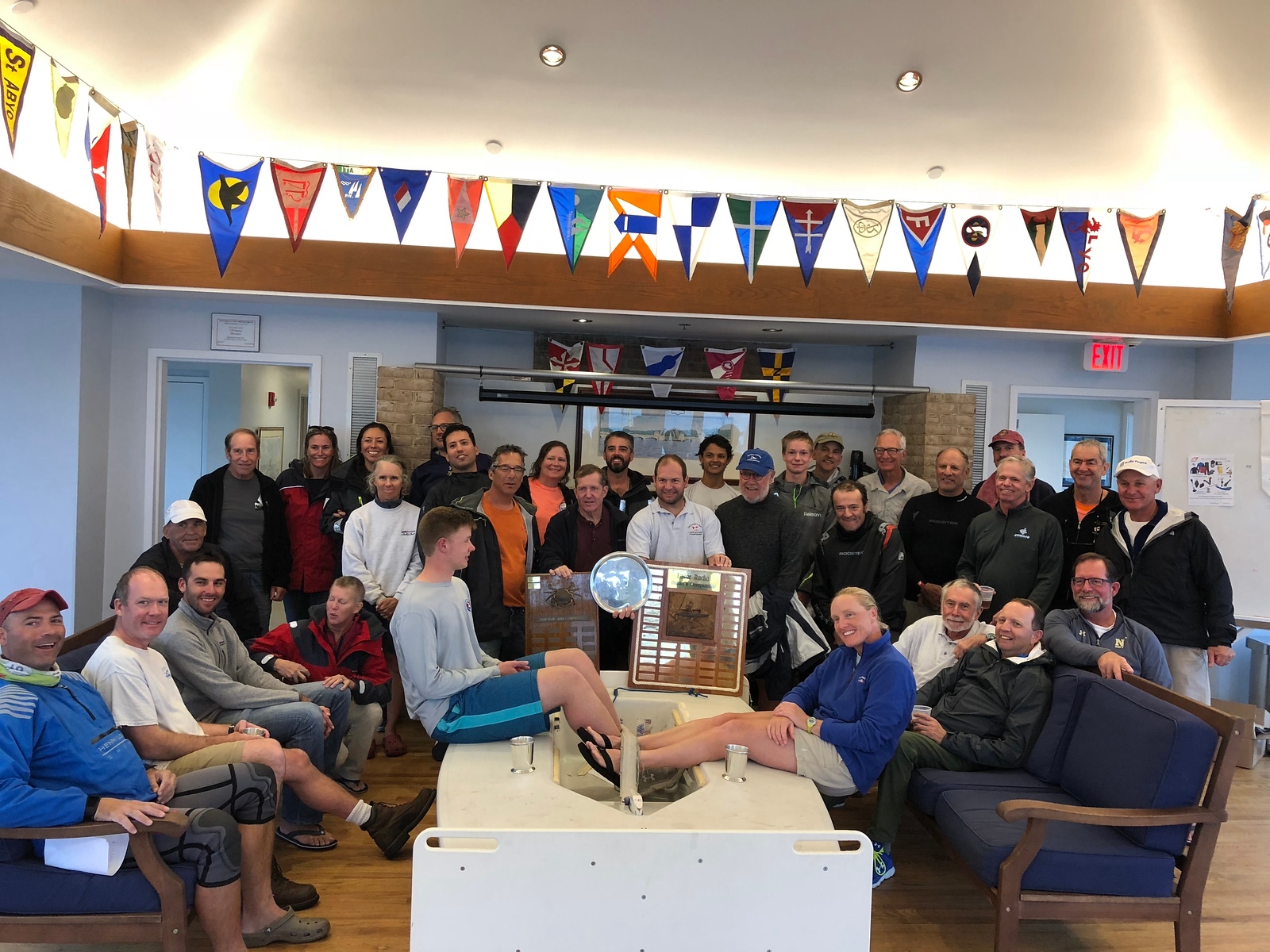 Day 2 of the District 11 Championship and Crab Claw Regatta at Severn Sailing Association in Annapolis started with light drizzle that would continue through out the day.  At least that kept the power boaters away.  The wind was in the mid-teens a little east of where it was yesterday and the temperatures just warm enough to wear summer attire plus a spray jacket.

I did a lot better in today’s races – generally staying close enough to the lead group to nip at their heels. Sailing upwind was tough with the rain – telltales were unusable because they stuck to the sail requiring me to sail only by feel. On port tack the waves were a little more square on making it a challenge of picking when to point and pound through the waves, or go low and foot through the waves at a better angle.

Downwind the waves were awesome – very little of the slop that we had yesterday and typically see in that sailing area (A) in Annapolis. I managed to catch the waves and S-turn in a way that I never have before.  Almost every downwind I made up 10-15 boat lengths on the boats around me – I’m usually the one loosing a few boat lengths down wind.

That was good enough for me to finish 12th and stay in the top half of the fleet.  Big thanks to Scott and Dorian for organizing the regatta, Steven for the place at to stay and to PRO Steve and everyone else on the RC who ran the races!