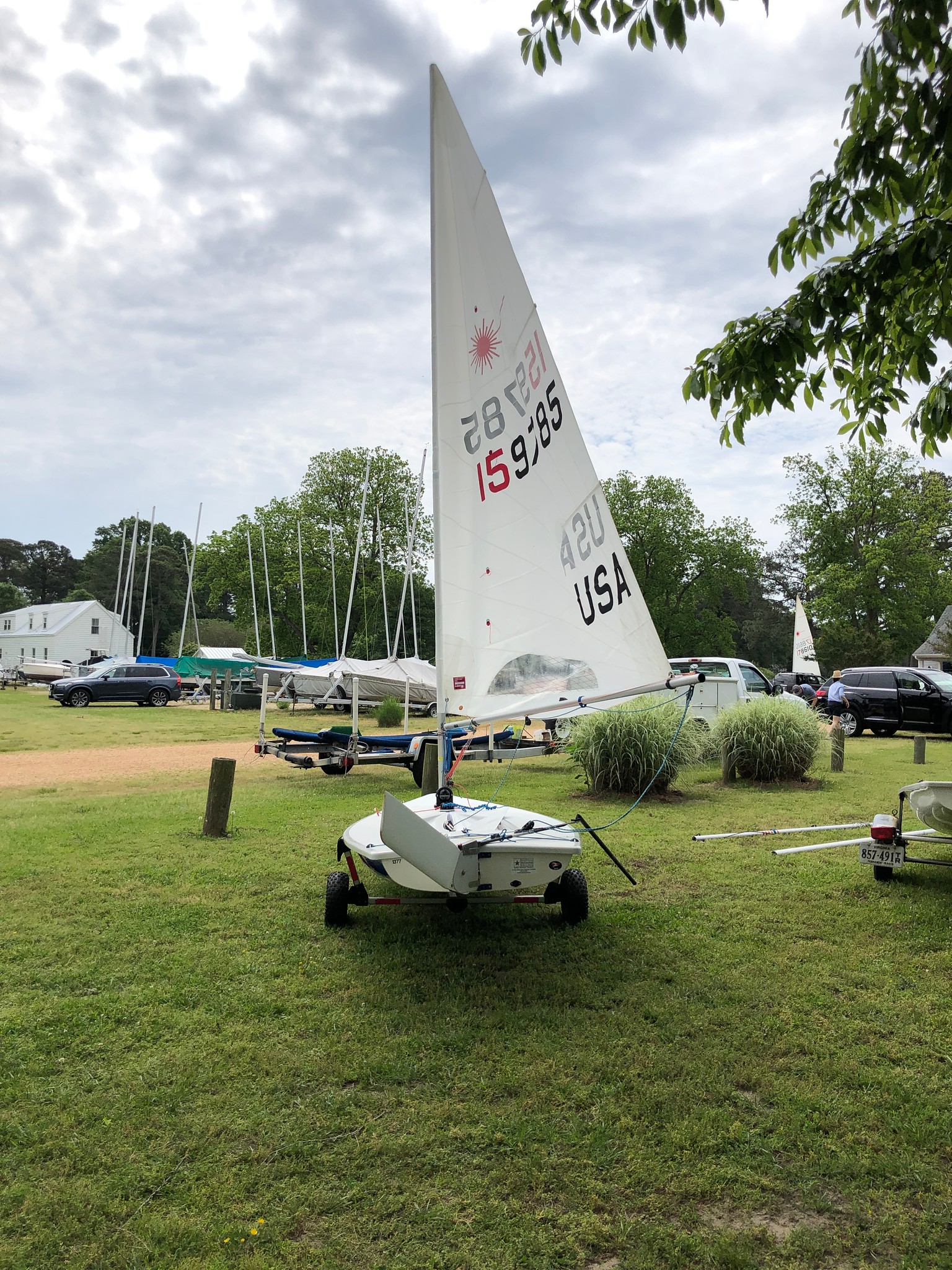 We had what was probably the best day we could have asked for on a opening day of the one design season at FBYC. It was warm, partly sunny, good wind and the rain held off until we were done sailing. I was joined by 5 Lasers in what started out as light wind around 5-8 and through the course of 5 races built to about 15. I was talked out of wearing hiking pants thinking it wasn’t going to be hiking conditions and boy was I wrong.  And I’m still sore as I write this 3 days later.

Finn, one of the junior radial sailors was out with us and I loaned him a Standard sail to sail with so we could all be in the same fleet.  Despite being 40 pounds lighter than I am – he was quite competitive even for his first time sailing a Standard.

The first two races started with the boat heavily favored. In the first race I followed Finn around the first two legs, but was able to split upwind and find more wind and better shifts and got ahead and was able to hold that to the finish. In the second race, Finn and I both sailed out to the left side of the course and ended up past the layline and all I could do was follow him in to the mark. He was able to slip away down wind and I was never able to mount much of a challenge the rest of the race.

In the 3rd race Mike Toms joined us and made it more of a 3 way battle at the front. We stayed close most of the race and in the 2nd upwind I was able to get just enough ahead of them to finish 1st. By the 4th race the wind started to come up a bit and was definitely hiking conditions with some white caps. I followed Mike and Finn around the course, but was able to get inside of them on the final downwind mark rounding. Finn capsized on the 2nd downwind rounding allowing Mike to slip around him into 3rd.

In the final race the wind was up to at least 15 and the course was shortened to 2 laps. At the start both Mike and Finn started to leeward of me and I was able to cover them and push them out to the left side of the course past the layline. From there I just held my lead and didn’t make any mistakes to win the race and win the day.  I was great to see how much tighter the racing got with each race – by the last race all of us finished within a minute of each other and any slip would have meant going to the back of the pack.  Kudos to Trip, Dave and Britt who got much faster all day long. 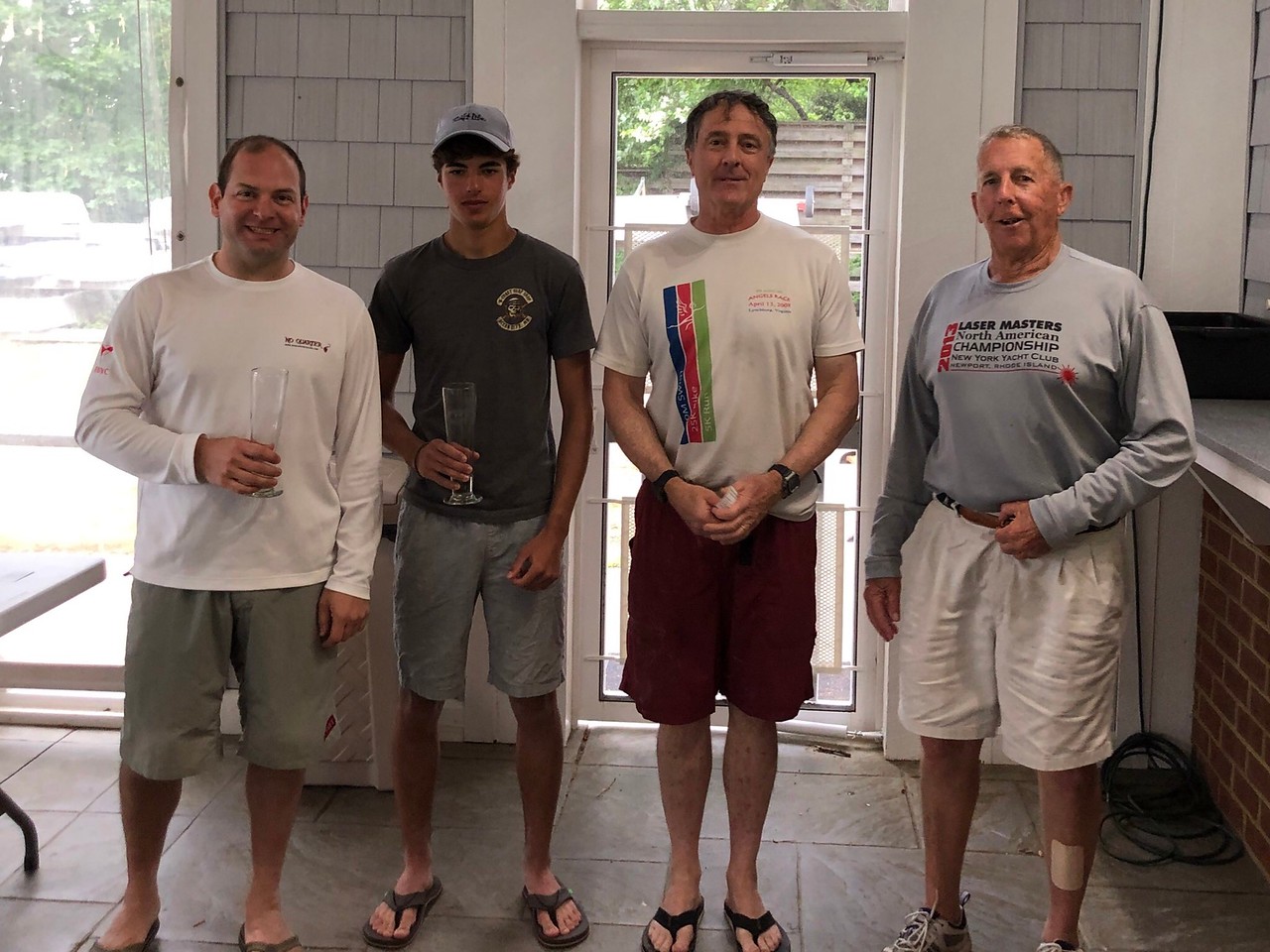 All in all it was an awesome day of sailing and a great way to kick off the racing season at FBYC. Huge thanks to Glenn and Becca for heading up the RC for the day as well as to all of the folks who volunteer to help for the day.