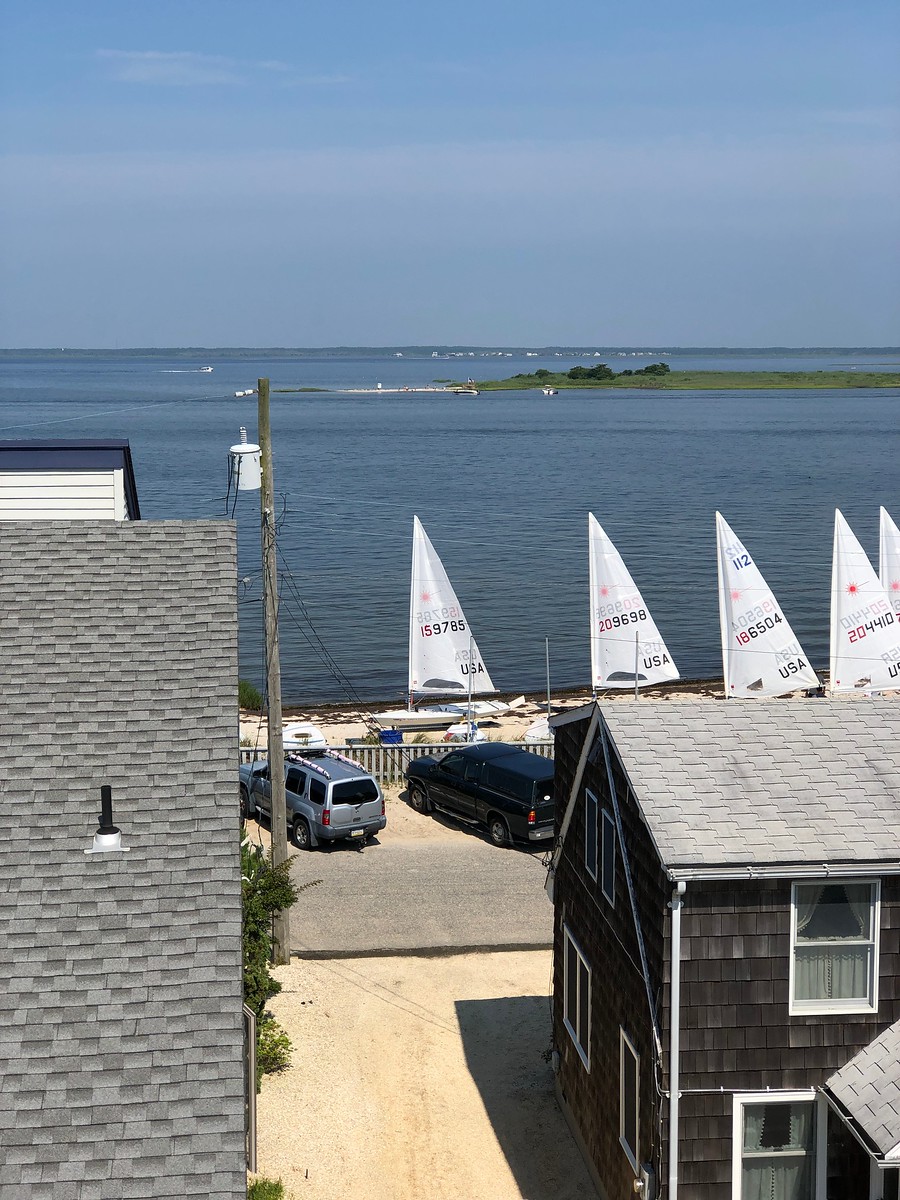 On Saturday at the Laser North American Championship temperatures had soared and neared 100 degrees with high humidity. There was no wind when it was time to leave and so we were postponed ashore for an hour and a half. Even when we did get out there wasn’t enough wind to sail and we were postponed on the water for another  45 minutes.

And then the wind came. At first it was about 8 knots when we started the first race.  I had a beautiful start and punched out for a while until the fast guys caught up and overtook me. As I tried to keep clear lanes of wind I got out of phase and ended up on the wrong side of the course on the right. Boats on the left got more pressure and a lefty to the mark.  On the next few legs I did ok and was probably deep 20’s, but at the final jibe mark I got pinwheeled with some 4.7s and a bunch of Lasers and lost a couple spots for a 35th.

By the 2nd race the wind had picked up to 13-15. I had a terrible start, tried to tack out, mis-judged the dip/cross and tapped the back corner of a starboard tacker and had to do turns putting me well behind the fleet upwind. I was able to pick off a few boats on each leg and pulled myself up to a 28th. 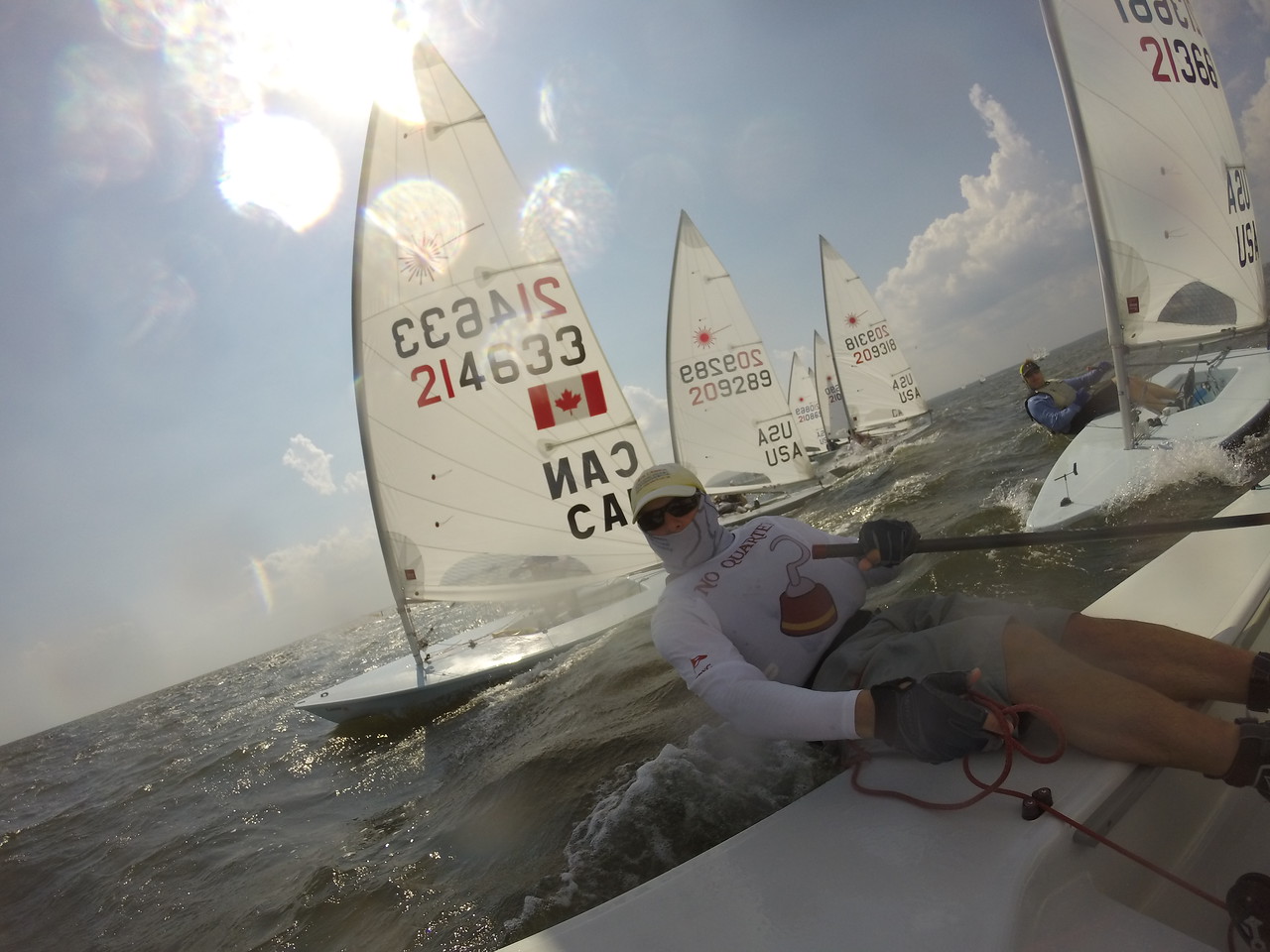 By the 3rd race it was even windier with gusts into the upper teens – this was a range where I was just hanging on to make the boat go and not really able to work the boat or be too strategic. I was clearly a bit tired on the downwinds and I got the tipsies and flipped a few times trailing almost the entire rest of the fleet. I was happy to finish rather than take a DNS, but it was some tough slogging. 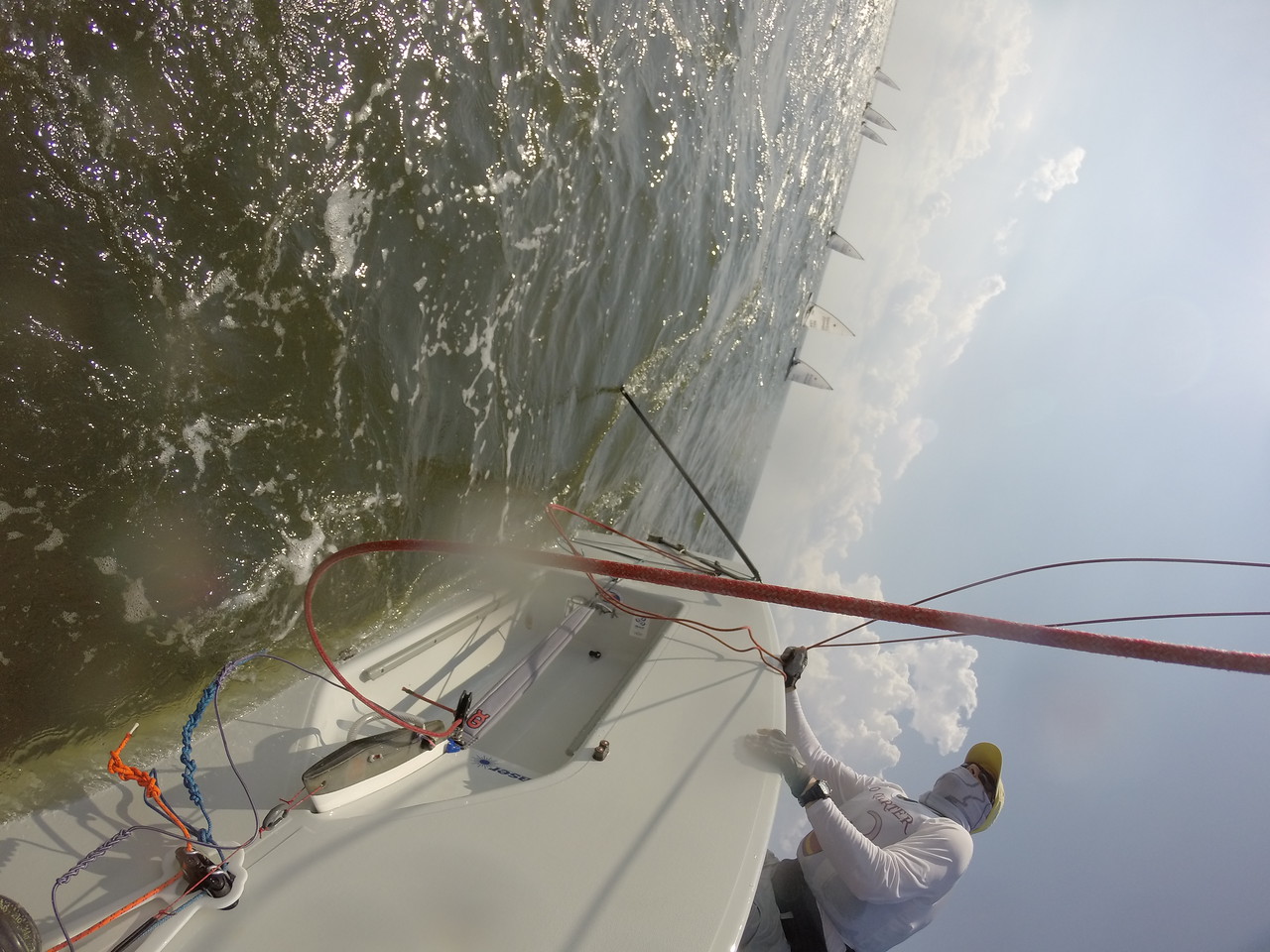 After racing I did a nice run on the beach then got take out chicken wings and had dinner with some sailors.