I got to take one of Jess’ college sailing friends Michelle out racing on a Front Runner for the Indian Summer Regatta.  Once again we had a very competitive fleet of 4 boats.  Michelle did great to learn the boat very quickly.  In the first race we even had the spinnaker flying upside down (my fault).  With that sorted we picked shifts well and stayed competitive. 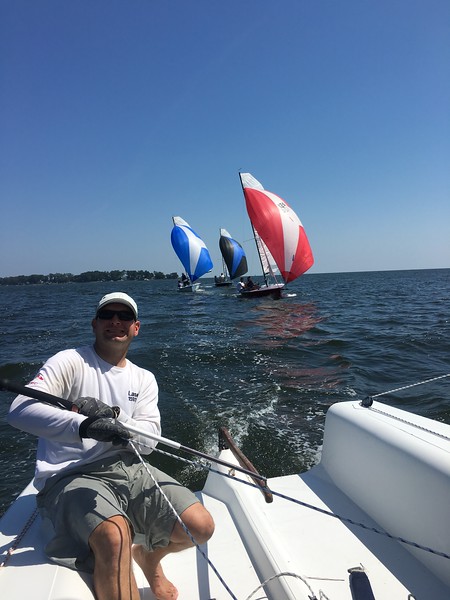 The first of the one design fall series I borrowed a Front Runner and took my friend Patrick Conroy for his first sail on a Front Runner.  Save one race we weren’t much of a match for the other very experienced Front Runner sailors, but we had fun and Patrick even got to drive the last race. 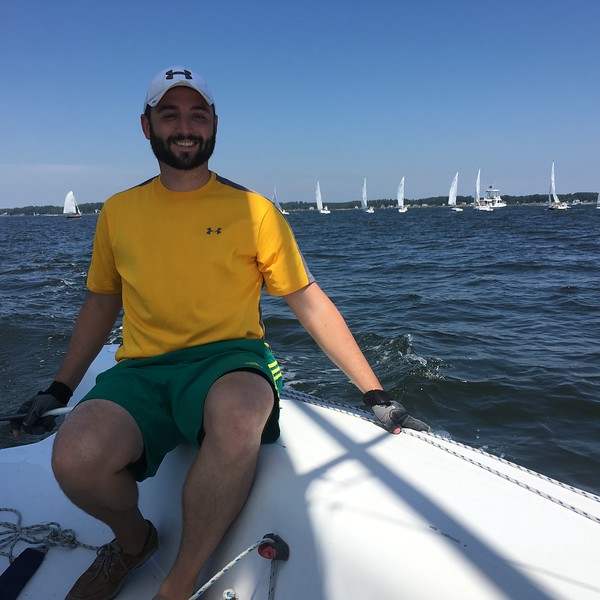 After racing we were joined by Jen and Patrick’s wife Lauren for dinner at Merroir. 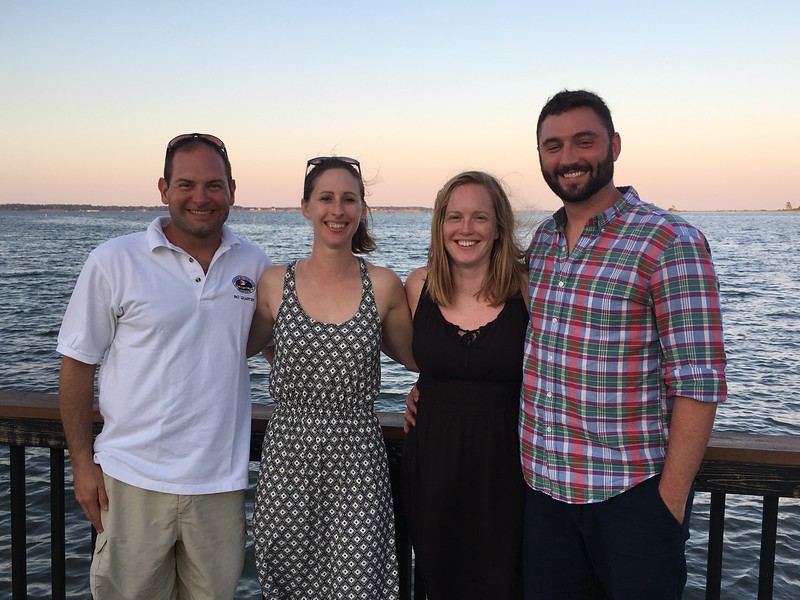 It turned out to be a great day of sailing despite the forecast that wasn’t calling for any wind at FBYC’s One Design Fall Series #3. Doug and Jordan Bendura jumped on the Front Runner with me to sail against the 2 other boats in our fleet today. The day was a mix of learning the boat, trying to pick the shifts and sailing in more current than I’ve ever seen in that part of the Piankatank due to some unusually high tides.  Mark and Melissa Stephens sailed well – their maneuvers were nice and crisp and they had great boat speed all the way around the course.  We picked some shifts to keep up with them some of the time and we were also fending off Lee who was challenging us for 2nd place.