The Chesapeake Bay Laser Masters Championship has been sailed by Laser sailors over the age of 35 since 1981.  In the early years of the regatta Alain Vincey had beautiful plates made that were given to the competitors as prizes.  The last of these plates was made into a perpetual trophy for the regatta.  About 10 years ago the trophy fell over, and the ceramic plate was shattered.  The plate was painstakingly repaired and has hung in the clubhouse ever since.

As great of a trophy as it was, I wanted to be sure the plate would be protected and that the regatta would have a trophy that would last for years to come.  With those goals in mind, I planned a trophy that looks like a serving tray with sides that would protect the plate mounted to it.  And although I’m not yet of age to sail in Masters regattas, I made sure there would enough room for winners to cover well past the time that I ‘age out’ of Laser masters sailing.

The trophy was built at the beginning of October out of 13 pieces of 3/4″ mahogany.

Next chocks were made to hold the plate in place and the plaques were aligned and drilled. 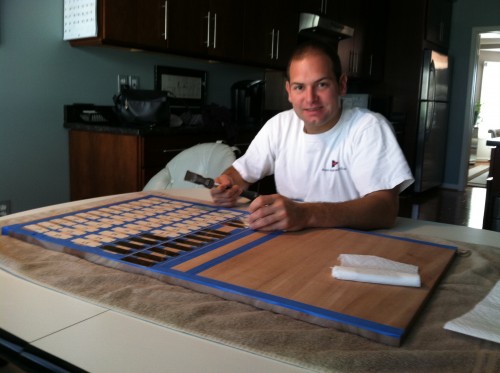 The trophy was then finished in a natural glossy finish. 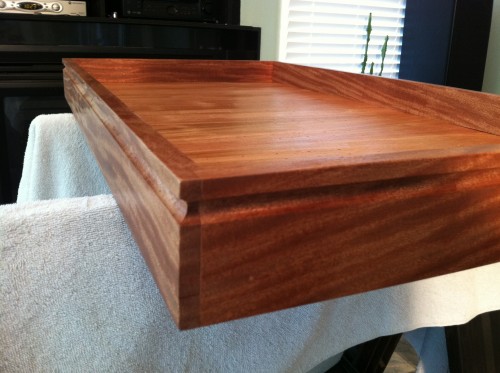 Then the rope border was mounted. 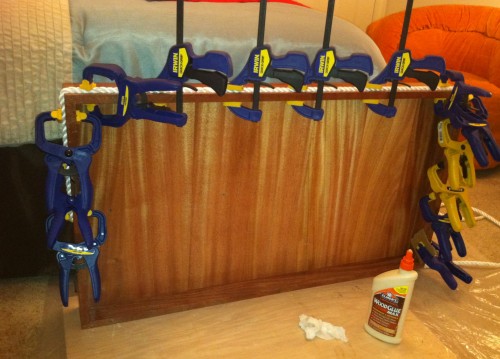 Finally the plate and plaques were mounted to complete the trophy. 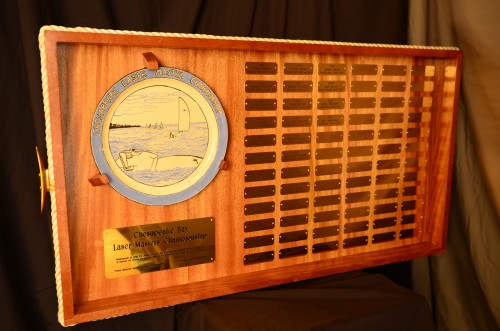 I want to thank my father, Stan, for his help and tools.  And thanks to Alain Vincey for the kicking off the regatta years ago and providing the plate and original trophy for it.