In an about face in weather from the rest of the week – wind is what we got on Wednesday with winds in the upper teens and gusts into the lower twenties.  Slightly overcast skies with temperatures in the lower 70’s.  Having sailed in light air all week and most of 2016 – I wasn’t well prepared for these conditions.  My goal would be to just get around the course and salvage as much as I could.

In the first race I had an ok but not stellar start.  I made my way out to the right of the course and I moved the boat ok, but was a few rows back.  Towards the top it was clear the left was coming in better and I was in the back quarter around the top mark.  On the reach to the offset I lost my hand hold on the mainsheet and ended up capsizing to windward as what remained of the fleet sailed by.

I continued the race sailing conservative downwind to keep the boat under me and managed to pick off a few boats on the next two legs.  At the final jibe mark to the finish I messed up the timing of my duck and thwacked the boom on my head to add a little injury to insult.  I’d have a bruise for the next several days. 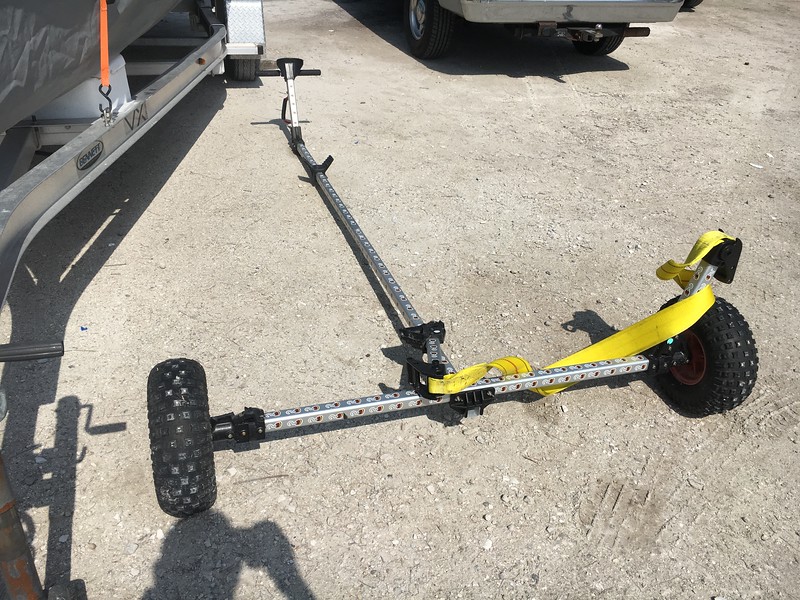 At that point it was clear I wasn’t competing and I decided to get home and save some time-off for later in the year.  And to finish it up – my dolly broke as I recovered the boat on the beach.  Thankfully the ride home was uneventful including an overnight stop in Florence SC.