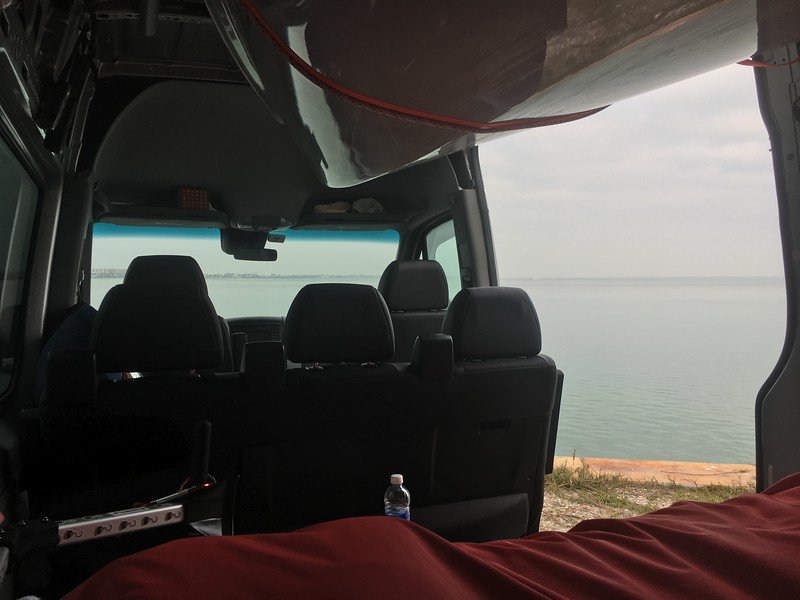 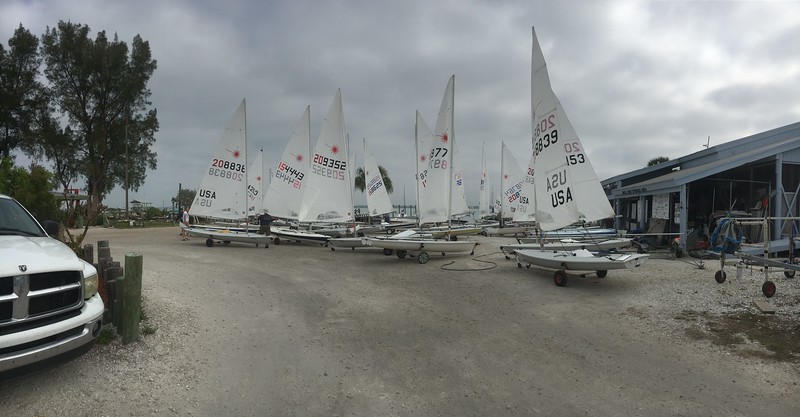 The day started with a bit of a haze and no wind.  Temperatures in the low 70’s.  Even before the skippers’ meeting we were postponed ashore where we would wait for 1 1/2 hours.  The wind finally started to pick up, we went out and a race was started in 5-6 knots of breeze.  That ended up being the best of the breeze as it got very light during.  The wind was out of the South West and there was a little current from left to right at the bottom of the course.

I had a good start and focused on keeping a clear lane of wind and trying not to duck too many boats on port tack.  I did well on that first beat and rounded the first mark in 5th.  Downwind I lost one boat and on the 2nd upwind I didn’t stay in phase as well as I could have and lost a few more boats.  The final 3 legs of the race were pretty brutal.  It was a LONG race not moving very fast and the Radial fleet behind us wouldn’t finish in the time limited.  I ended up with a 12 in the 49-boat fleet.

After waiting for a little another race was started in a little bit more wind.  This time I started at the boat and had a good start on the front line.  I would sail almost to the left layline and was only crossed ahead by two boats.  At the top mark I was caught by a few boats on the right and was top 10 around the mark.  I continued to focus on clear air both up and down wind and held my position around the course as the 13th boat over the line – I would be 11th after OCS boats were taken into account.

By the 3rd race the wind had picked up a little more – now 8 and sometimes just over 10.  Where I could find pressure and make the boat go in light air – pretty much everyone could make the boat go in this wind and it would be a lot harder with the fleet clumped up a lot more around the course.  I had a good start, but got pinned to the left side and missed some shifts coming back the other way.  I was probably in the low 30s around the first mark.  Downwind I stayed in the middle of the course and was playing the shifts better to keep the boat moving fast towards the mark.  I picked off a few boats.  On the 2nd upwind I played the shifts and tried to keep my air clear and picked up some more places.  On the final run I gained a few and lost a few – again playing the middle of the course.  I finished 19th.

That put me in 12th overall – which sounds familiar as that’s how I finished the last regatta.  Back onshore we put boats away, cleaned up and there was a nice seafood dinner at the club.