This morning we were greeted to sunny skies and light winds out of the North. We launched and sailed almost to Gynn’s Island in area C so we’d have the most fetch with a north wind.  We got the first race started and just as we were about the start the wind clocked around toward the east and came in a 8-10.  The mark was easily fetchable so we had another parade race.  There was some passing and it was important to stay as high as possible so as not to be blanketed by the other fleets on the opposite leg.  I rounded the first mark in 4th and then made up two spots on the 2nd ‘upwind’ to finish 2nd.

The course was reset for the 2nd race and the wind picked up to 10-14 with some whitecap and small waves. I had a great start, held my lane and used speed and hiking to pull away from the pack a bit.  Charlie and David were to leeward going out left as well. About halfway up the beat I tacked to catch a shift to the right and ended up with less air and more headers.  Charlie stayed all the way out to the left and came into the windward mark about 15 boat lengths ahead and I was almost as far ahead of David behind me.  On the second beat I tried going more left than Charlie, but couldn’t get any shifts and we held our positions for another 2nd for me.  That put him 1 point ahead in the lead again. 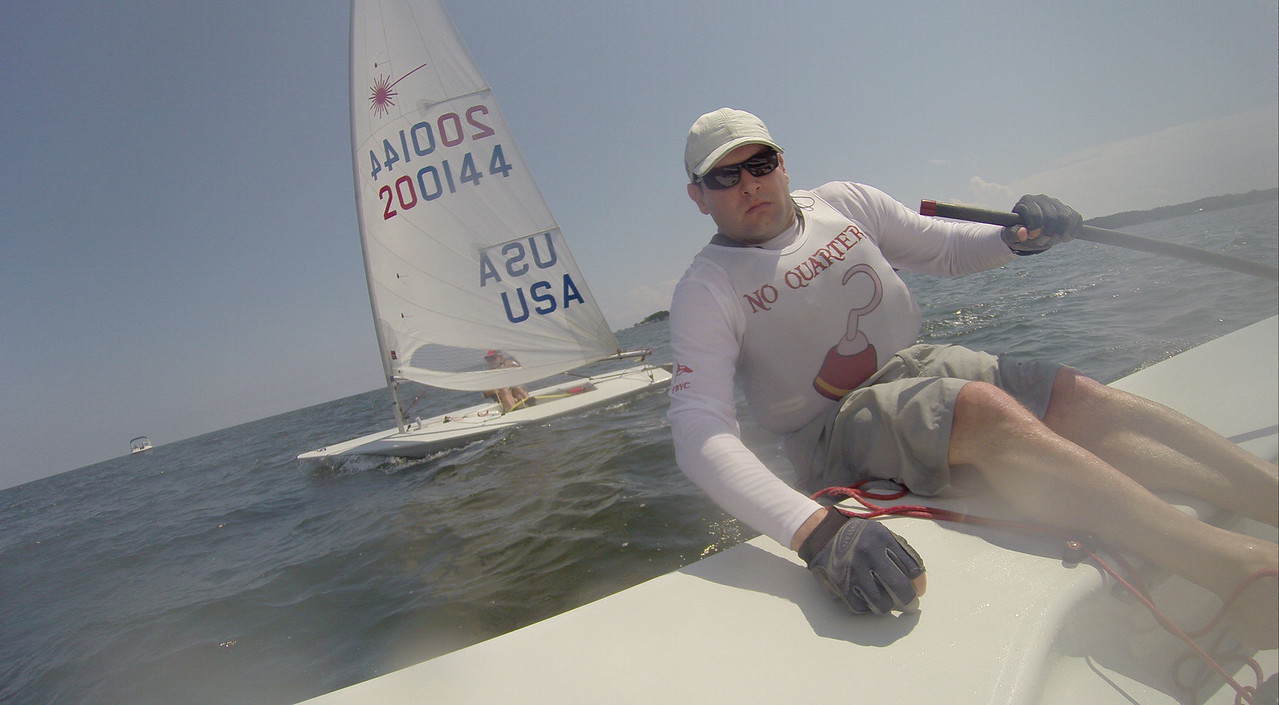 For the 3rd race we had a pile of boats at the boat end for the start.  Charlie and I pulled ahead a bit and we rounded 1-2 at the top mark.  I stayed within 3 boatlengths downwind and we crossed close a few times upwind before I got a shift out of phase and he put 3-4 boat lengths between us and held that to the finish.

It was great being out on the water – I feel a lot better and up to speed before going to Masters Nationals in Brant Beach in two weeks.  Thanks to Rebecca and Massey for organizing the event and to John K and all of the folks on the race committee running the races and marks around.