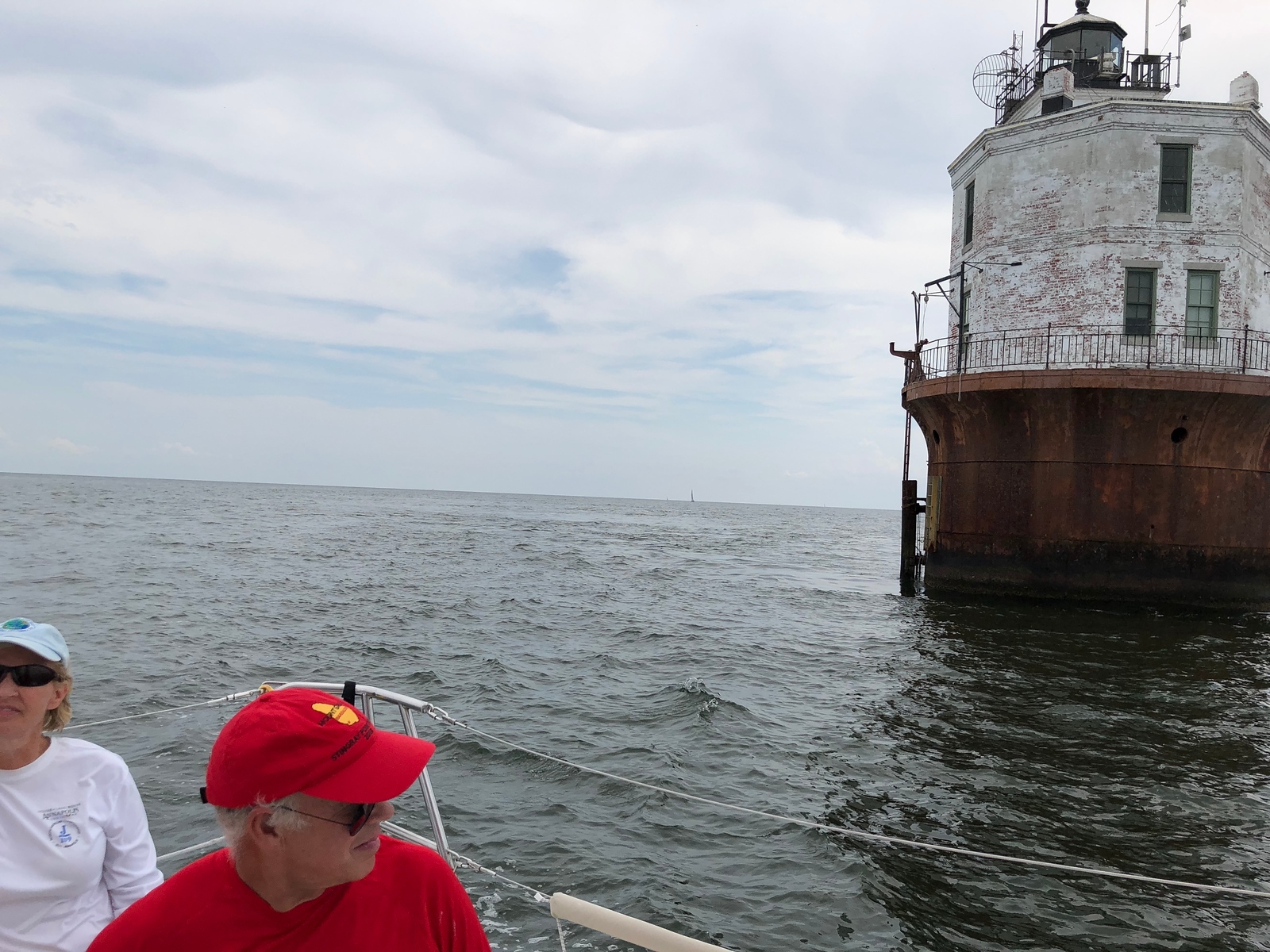 With all the debris floating down the bay from the dam release a couple weeks ago, today’s Smith Point Race at Fishing Bay Yacht Club was moved up to be a morning start so that it could be sailed almost entirely during daylight instead of finishing late at night as it usually does.  I sailed aboard Mayo Tabb’s Farr 37 Excitation and we started out with a nice 8-10 knot breeze. After the first two short legs to get out of the river we put up a reaching chute and followed the J109 and J105 and Nanuq flying an asymmetrical spinnaker up the bay to Smith Point against the current.

Corryvreckan had a great first 2/3 of the leg leading the J109 Afterthought until Afterthought changed to a reaching kite and pulled back ahead.  Excitation was the 4th PRHF-A boat to round and rounded in a little over 3 hours which is very fast for this race.  On the trip back south it started closehauled and after about an hour Excitation was the first to put up a chute again.  This time we put up a big reaching spinnaker.  Nanuq put up their asymmetrical and as the wind died we were able to work around them heading south.

When we got even with Reedville we saw some storms start to pass over Deltaville and the Pianankatank. We took the chute down and put up a heavy #1.  We caught the backside of the storms and saw some gusts up to 20 and spent some time getting light rain. We reefed the main and went upwind very well in the conditions and worked our way around both Nanuq and Corryvreckan.

Back up the Piankatank for the finish we were 12 minutes ahead of Nanuq and a few minutes ahead of Corryvreckan for a 2nd place overall finished. It was fun racing with Bonnie, Mayo, Chad, Carrie, Dennis and Chris. The only casualty on the day was my GoPro camera that got hung up in a line and ripped from the stern pulpit and sent to the bottom of the bay.

Red dotted line shows our track starting about halfway up to Smith Point: