Wednesday was our day to visit University of Piraeus Department of Digital Systems.  After sleeping in an extra hour we went to the University and saw one of their computer labs while having a discussion with the professor we had done a project with over the past couple months and was presented at one of the companies earlier in the week.

We had lunch at a sea-side restaurant that required the bus driver to navigate some extremely tight streets to get to. 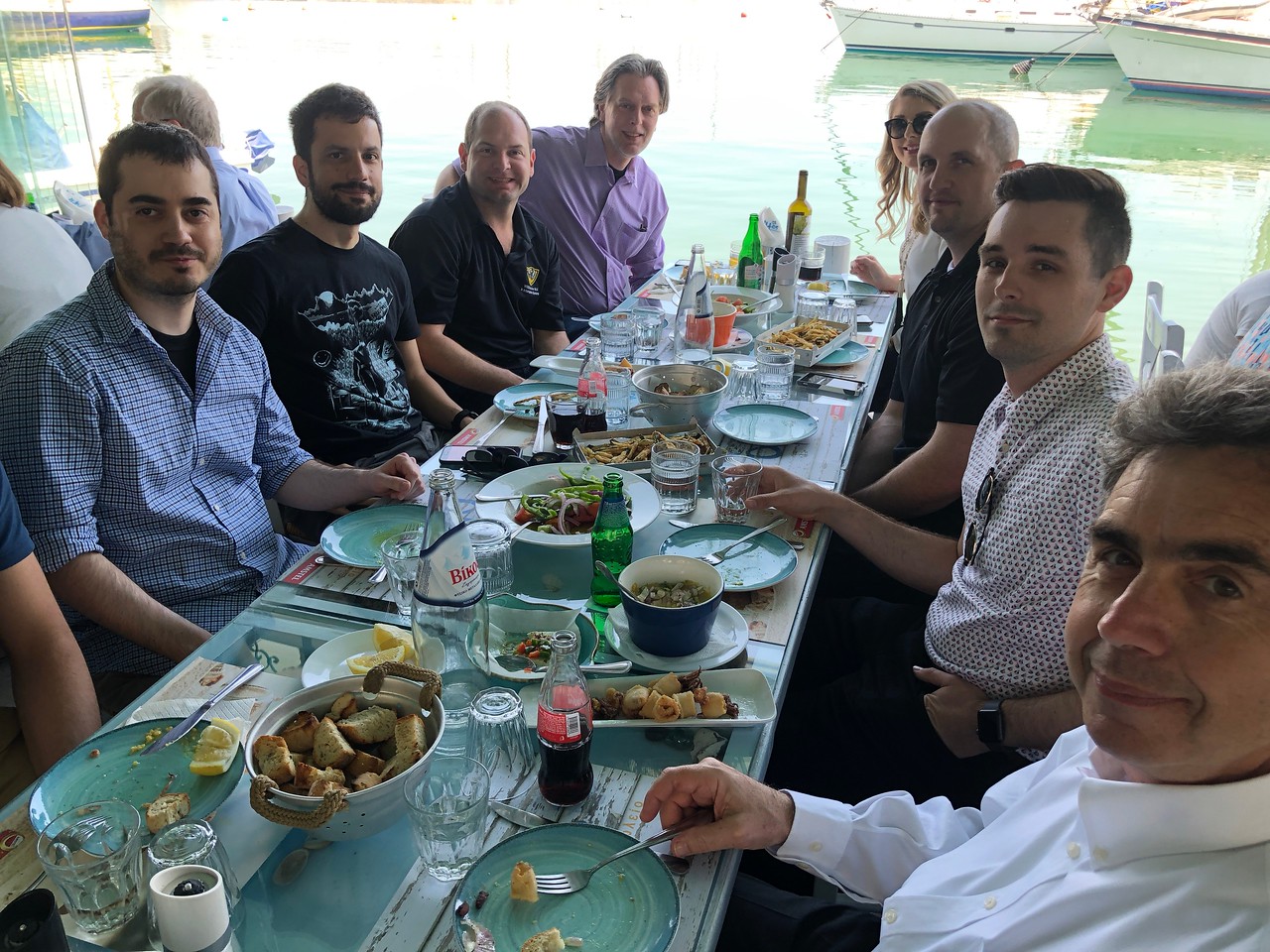 The rest of the afternoon was spent relaxing and doing some souvenir shopping.

Tuesday in Athens Greece was our second day of company visits. I again started the day with a run around the historic part of town and got to see a few more ruins that are a little father out of walking range. 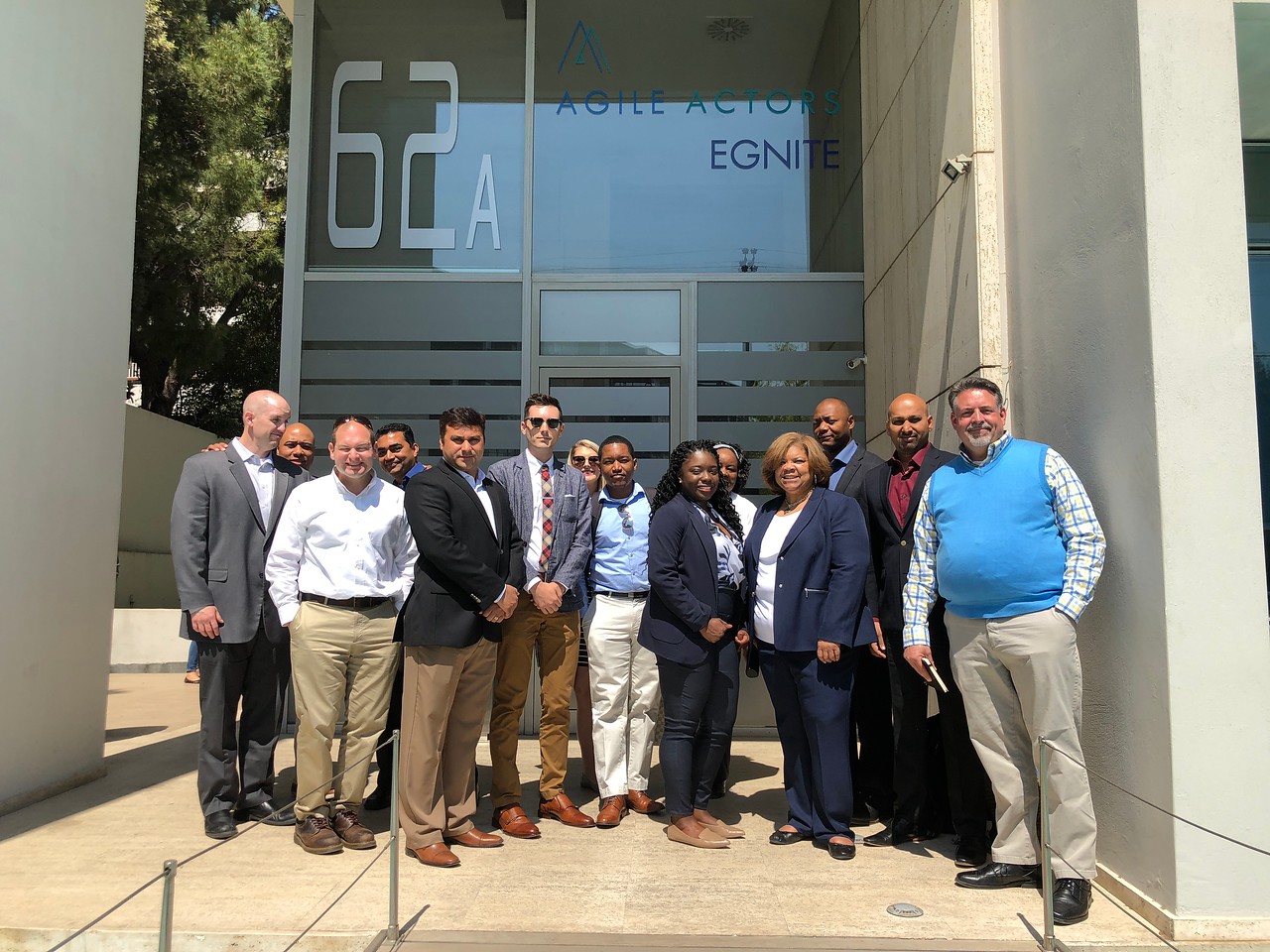 The visits went well and we got to see a some more parts of town including a few big sports stadiums that we drove by.

In the evening we enjoyed the hotel’s rooftop pool and then we hiked to the top of a tall hill in town to see the views and have dinner.

Monday started with a run around the Acropolis. It was amazing how deserted the streets were early in the morning compared to the bustle they have in the evenings. 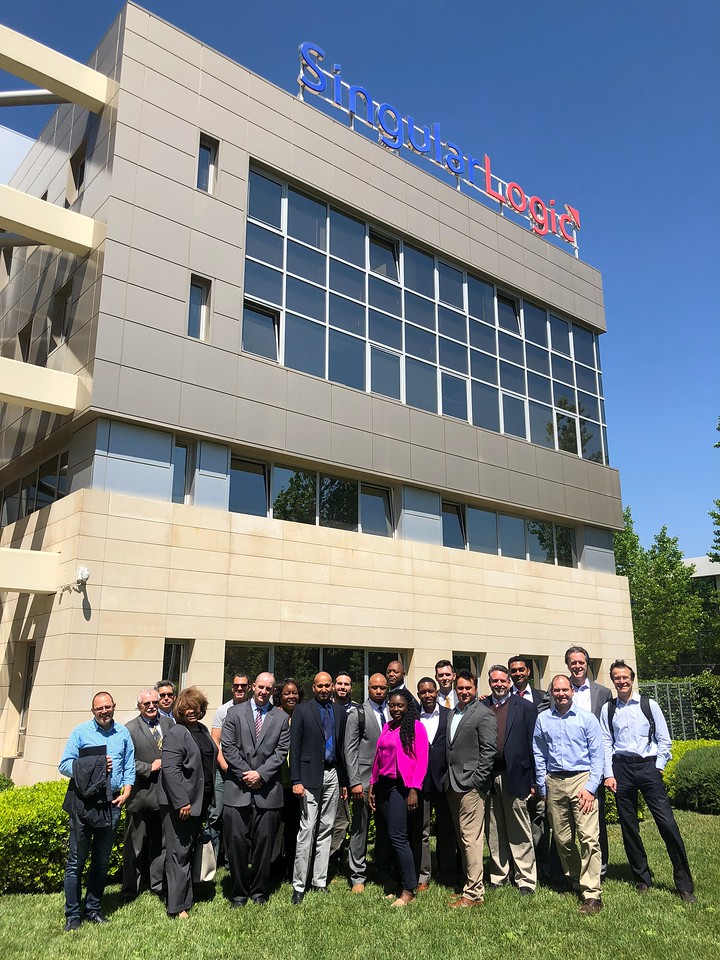 Our class went to visit a couple companies for some presentations. We had lunch along the coast and got to walk along the beach.

We ended the evening with drinks at the pool at dusk before going out for a nice dinner. We stopped and checked out the changing of the guards at the Tomb of the Unknown Soldier in front of the Old Royal Palace. 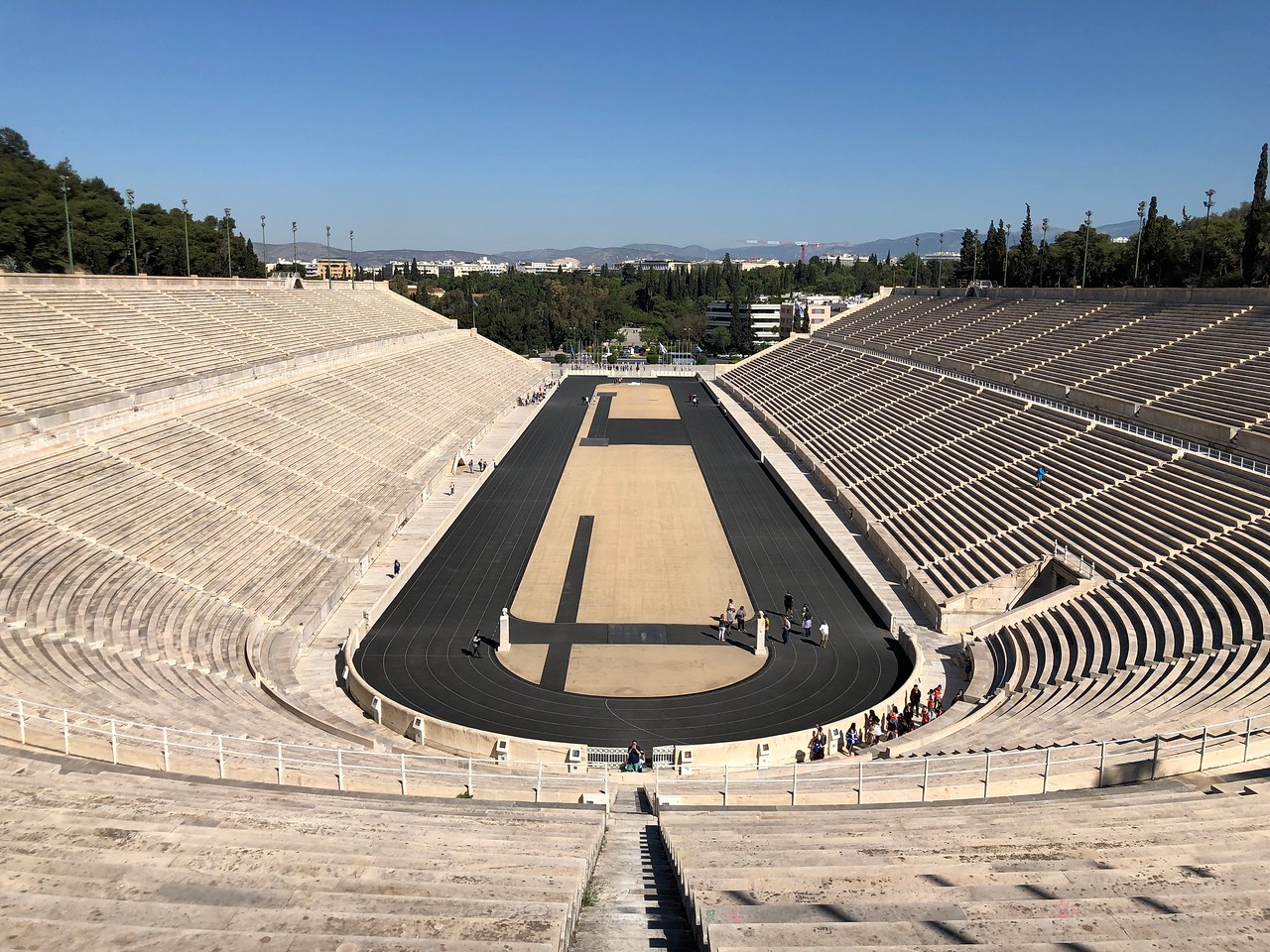 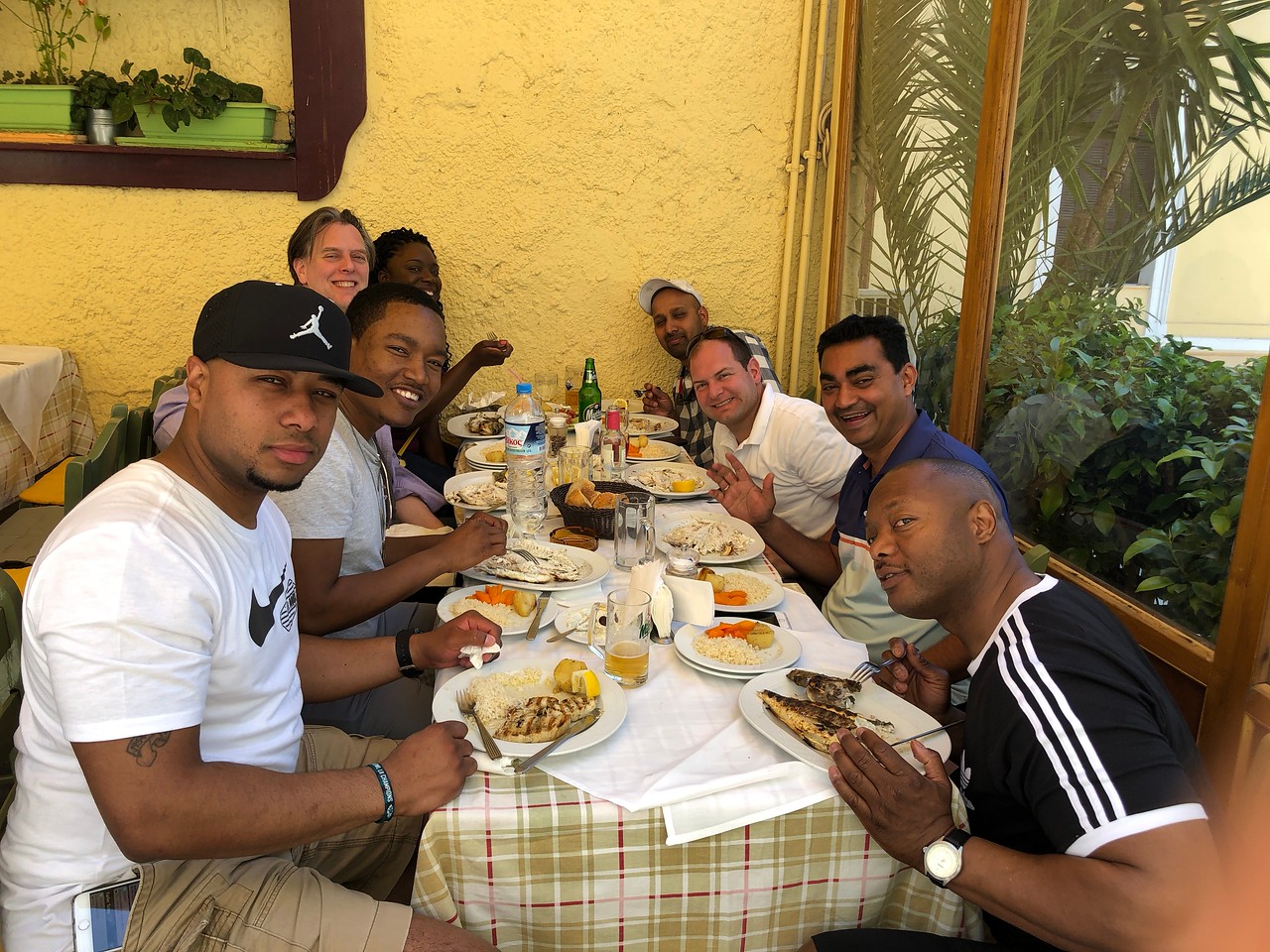 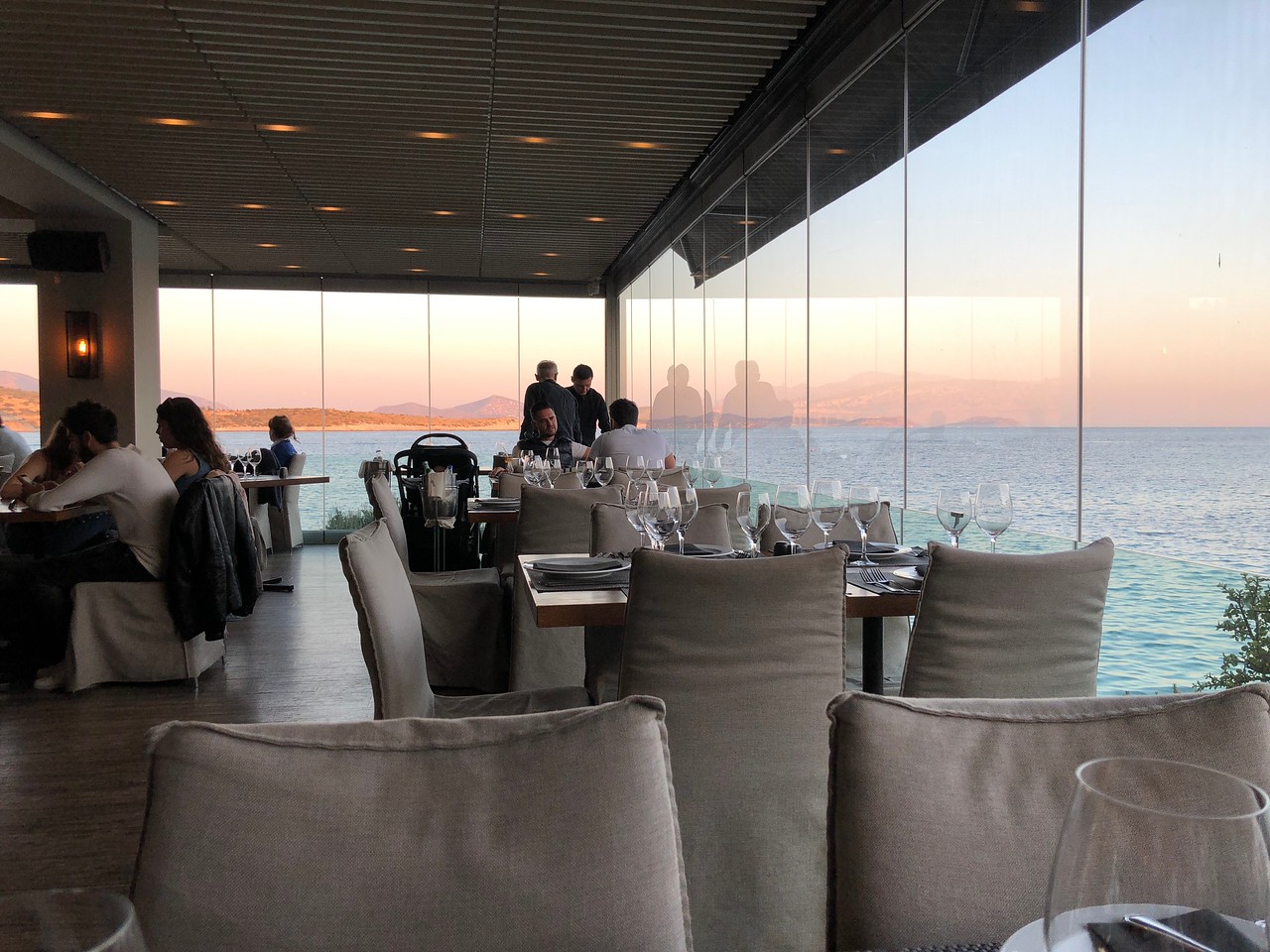 For the past 14 months I’ve been working on a Master’s Degree in Information Systems at Virginia Commonwealth University and one of the final parts of the program is an international trip to Greece and Cyprus. We left VCU Friday night flying to Germany and then to Athens.

It was a lot of travel without a lot of sleep and it went about as well as it could have.  Once we arrived in Athens we checked into our hotel that is located in an old part of town very close to the historical sites. Several of us went out to explore just after dark and went around many of the historic and tourist sites. There were so many restaurants and we found one quaint street with nothing but small restaurants with outdoor seating and live music in a cozy atmosphere.  We made plans to go back there later in the week.

View from the top of our hotel: 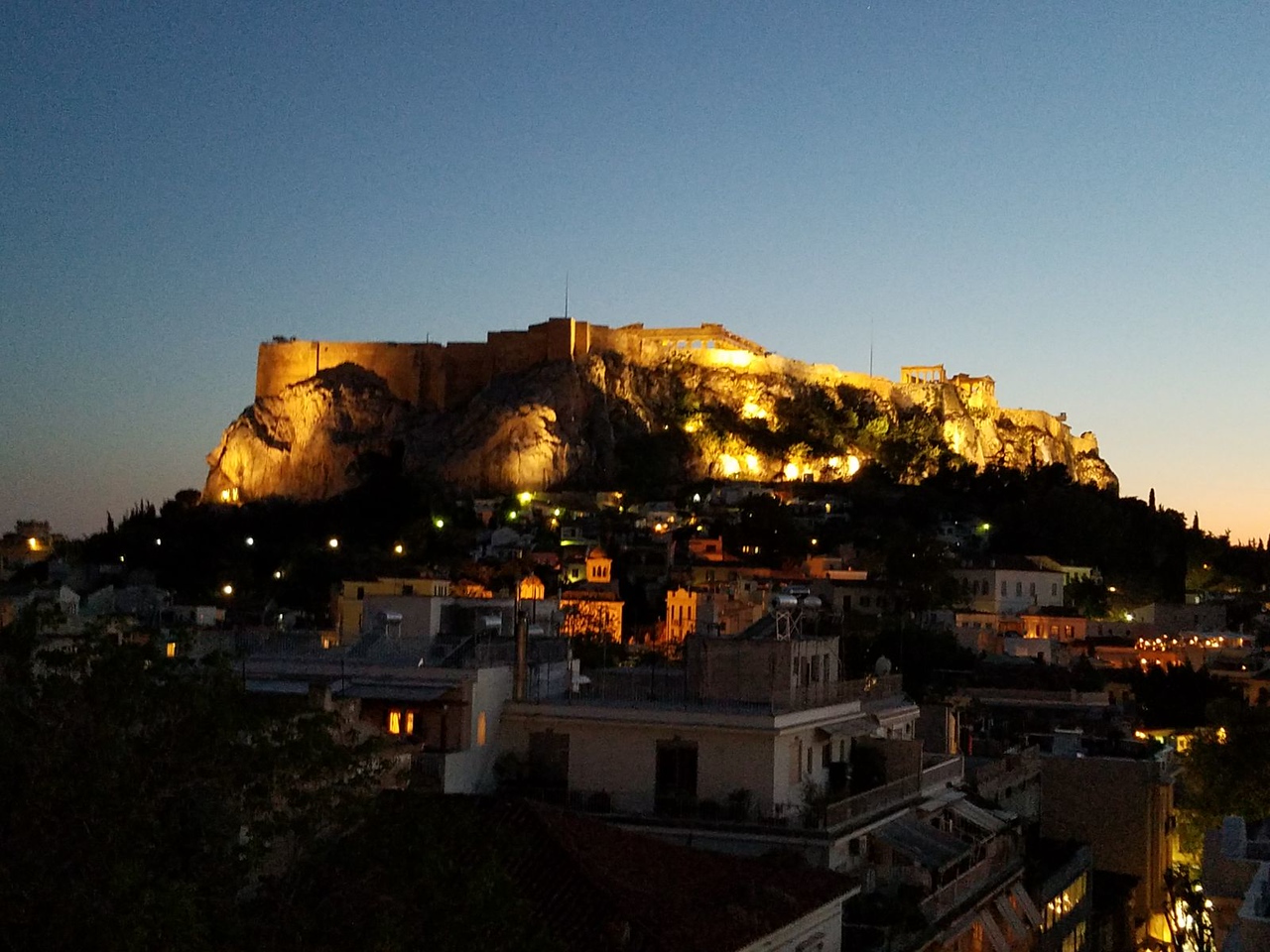 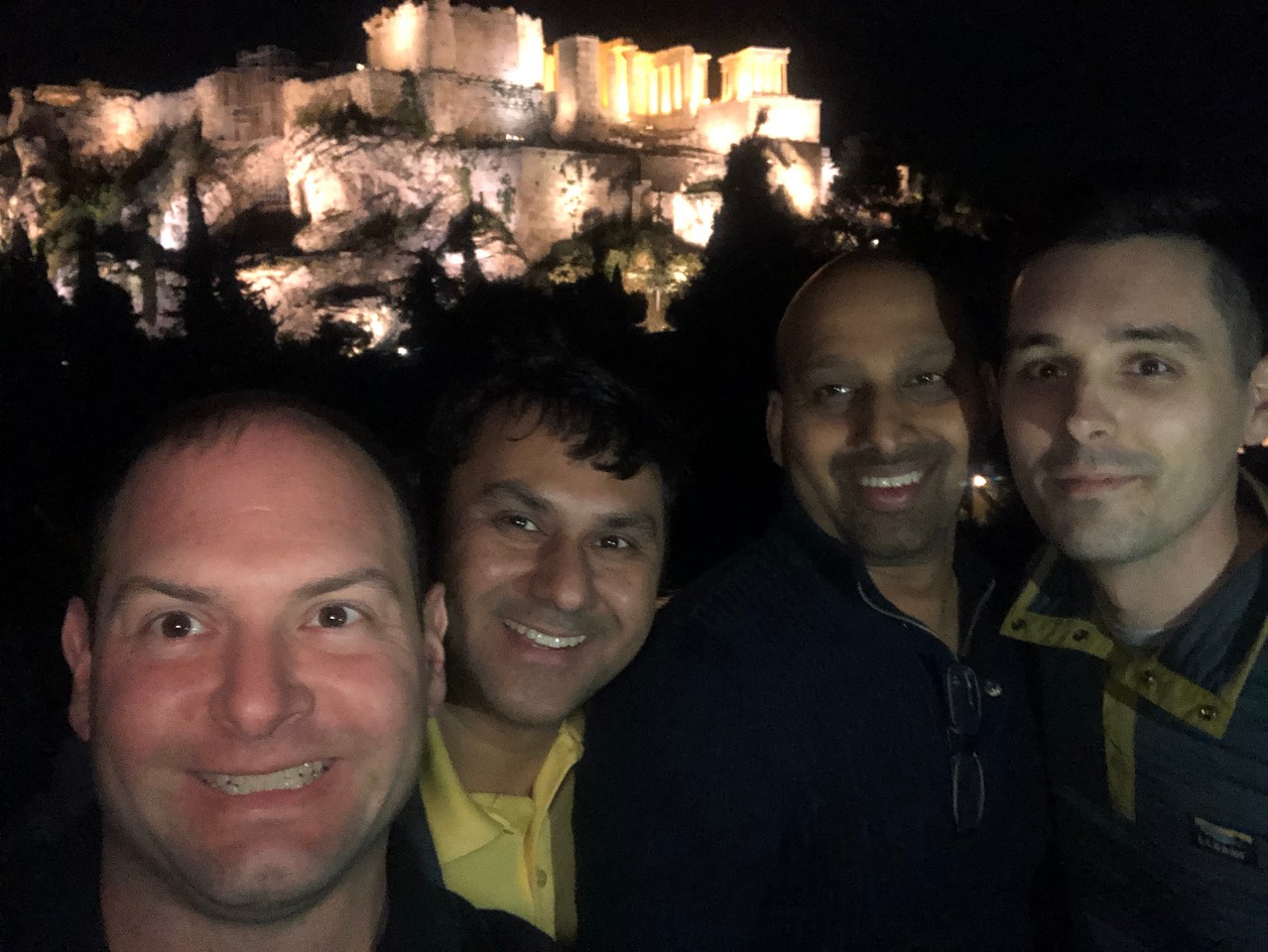 This weekend was Preston’s Bachelor Party in Myrtle Beach.  We had a great house for 15 of us right on the beach.  We all had fun hanging out on the beach, playing wiffle ball, corn hole, golfing and watching march madness. 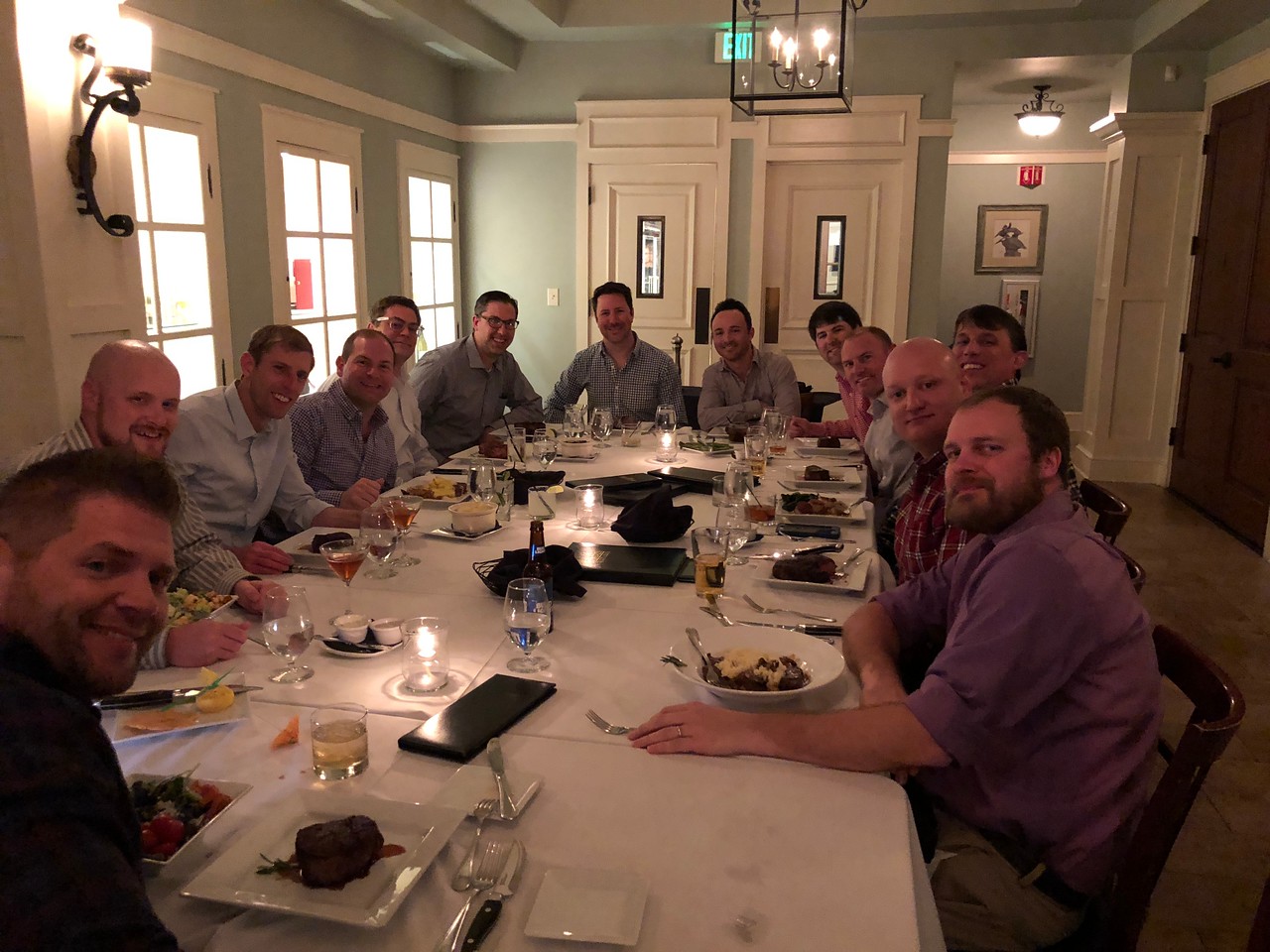 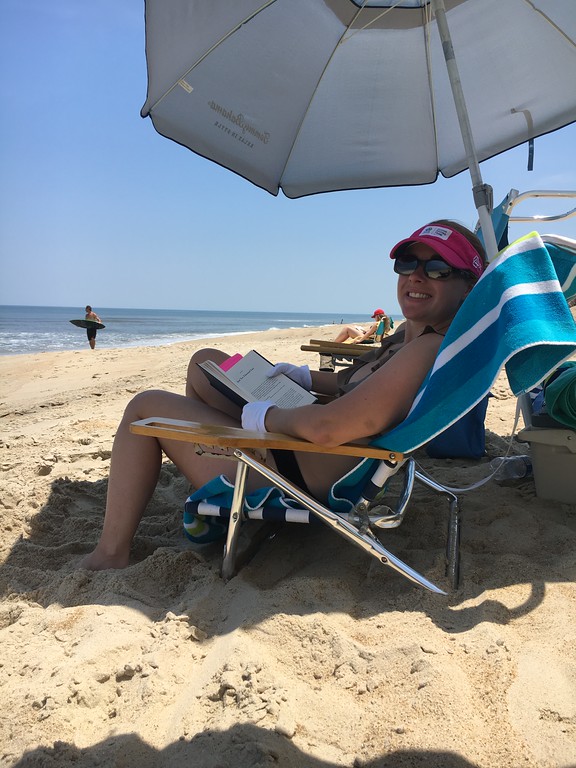 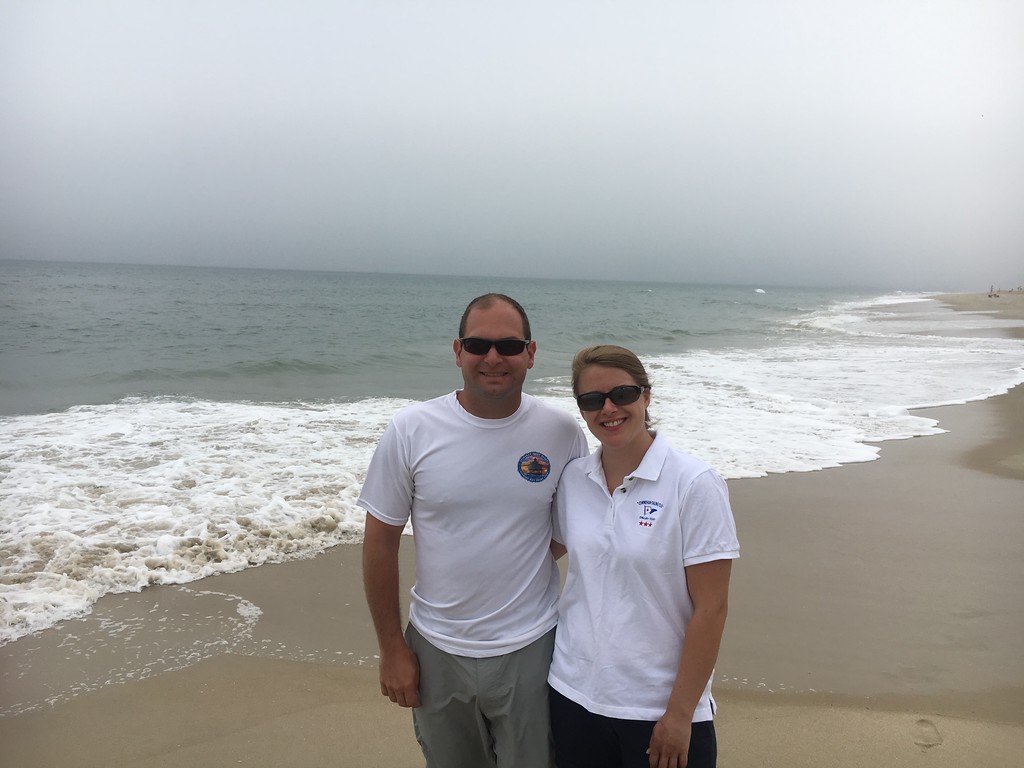 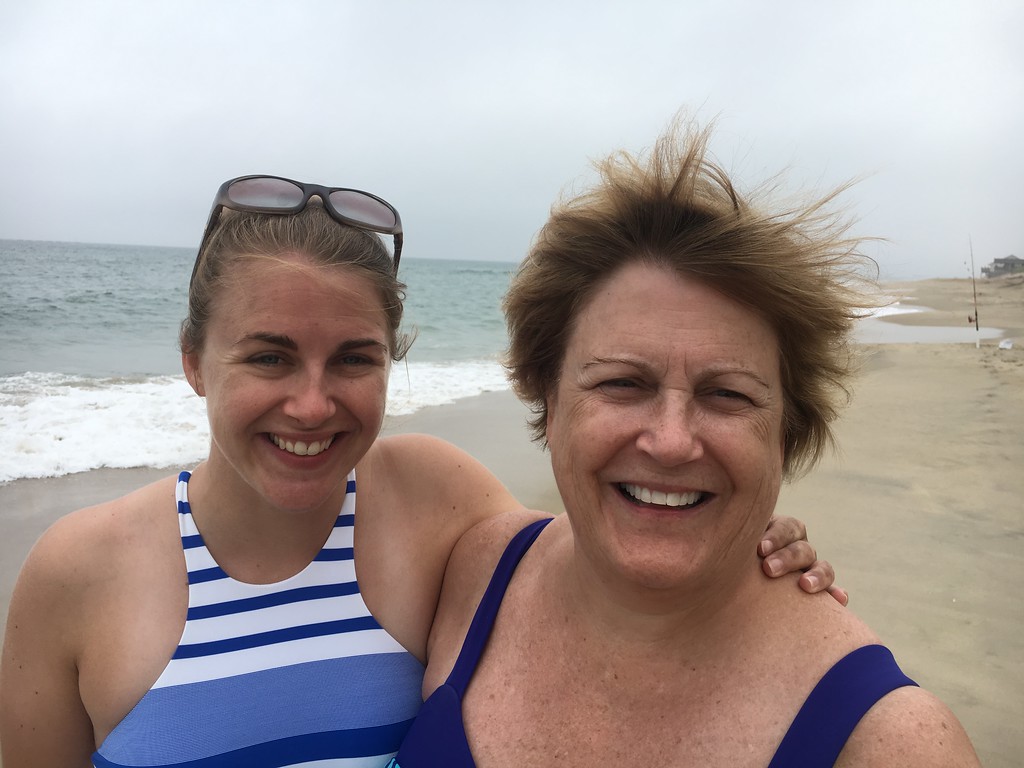 This February I had another chance to visit Jess in Dallas and we got to see and experience more of the city.  This trip included visiting AT&T Stadium, Dallas Musuem of Art, seeing An American in Paris and going 2-stepping at a Cowboy bar.

This summer I got to take Jess and join my family in Portland Oregon for 6 days of touring any my sister’s wedding.  We stayed in a boutique hotel in downtown Portland that was walkable to a lot of neat restaurants and parks.

For Day 2 Jess and I spent the whole day on a tour driving around Willamette Valley tasting some fantastic pinot noirs that the region is known for.

The next day we spent some time at the Oregon Brewer’s festival. 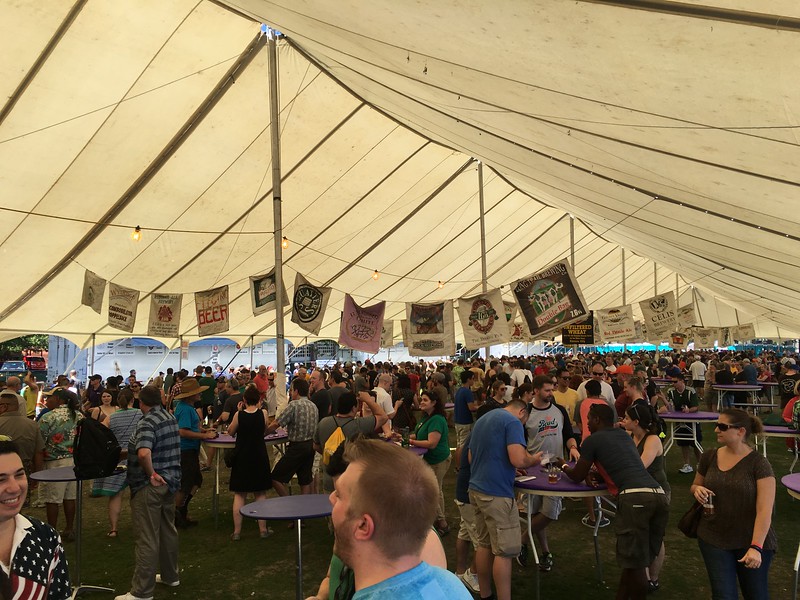 The wedding was at a beautiful botanical garden.  We had fun seeing family, reuniting with old friends and meeting new ones from across the country.  We had a lot of fun celebrating with my sister Cheryl and her new husband Dean.