Saturday was a beautiful day for J/70 racing with 8 boats on the line and 4 races sailed.  We got out to a good start putting up 2 3rd places and then fell a little bit as the wind eased. 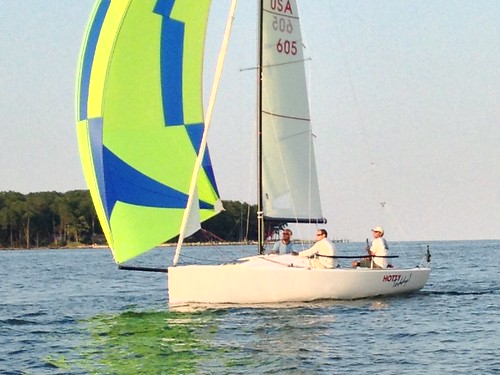 Another beautiful Friday night for some J/70 sailing at Fishing Bay Yacht Club.  This evening I was sailing with Steve Quiriconi on his new boat Hotty Toddy along with Jerry Latell.  Steve and Jerry had been out earlier in the afternoon to get everything setup and tuned and so the three of us got out to the race course a little early to practice some maneuvers. 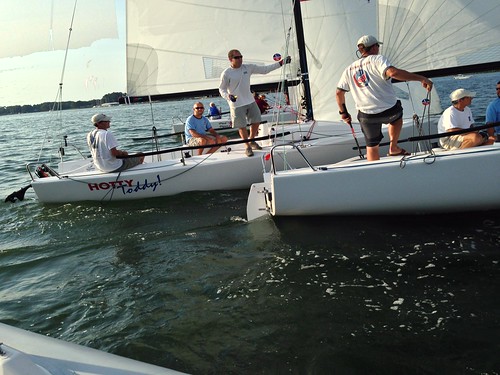 In the 4 races tonight we did pretty well.  The very short line made for very tight and late starts, but the shifty winds meant anyone could catch a shift up the beats.  We did well to keep up with the leaders and got through our maneuvers pretty well without any major goofs.  We even did some gybe sets and a Mexican take down at one point.

The final race was 2 laps and then the trip up the channel back to the dock.  We were the first boat to legally complete the course and a nice way to end the night and the first time out for the boat.

We had another great night of J/70 sailing at Fishing Bay Yacht Club on Friday with 5 boats out and a nice 5-8 easterly wind.  I sailed on Mike Karn’s Inconceivable along with Jim and Carrie.