I made another trip to Dallas in May to visit Jess that started out with a few delays getting there.  The plane I was scheduled to get on at LaGuardia had gotten hit by another plane on the way to the gate.  It was fun watching the commentary on twitter and contributing to it.  Fortunately, the damage was minor with no injuries and just an inconvenience for all of the passengers affected.

The damage to the @DeltaAssist plane involved in the @WestJet collision at #Laguardia this morning. pic.twitter.com/IrUT1rNfG9

The first night in Dallas Jess and I joined Tim on his Flying Scot and we sailed down the lake near the Dallas Arboretum and Botanical Garden where they were having their Thursday night concert series. We listened to a Michael Jackson tribute band while we relaxed on the water having drinks and eating dinner while we were surrounded by Stand Up Paddle boarders.  I had never been to a raft up where the Flying Scot was the ‘big boat’

On Friday Jess and I went to Fort Worth and had the most Texas date ever – steak dinner followed by a rodeo followed by a honky tonk.

On Saturday I got to sail a snipe for the first time on a very light-air day at Corinthian Sailing Club. Lauren let me sail her boat while Andrew and Jess practiced their light-air boat-handling for Nationals later this summer. 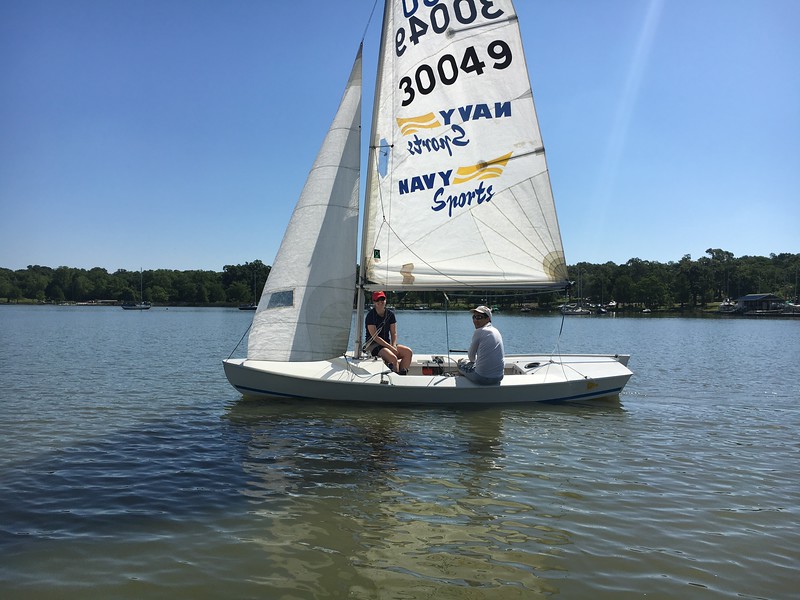 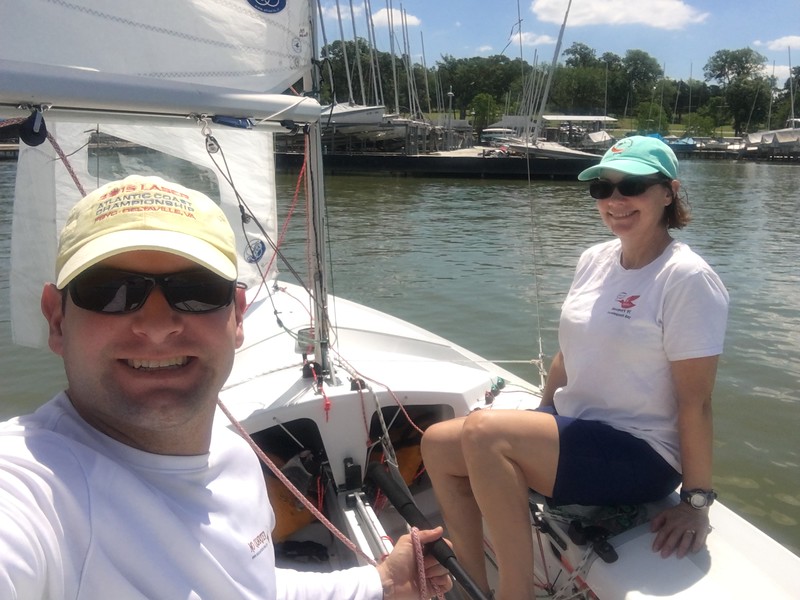 Sunday we relaxed and I made the trip back to Richmond.