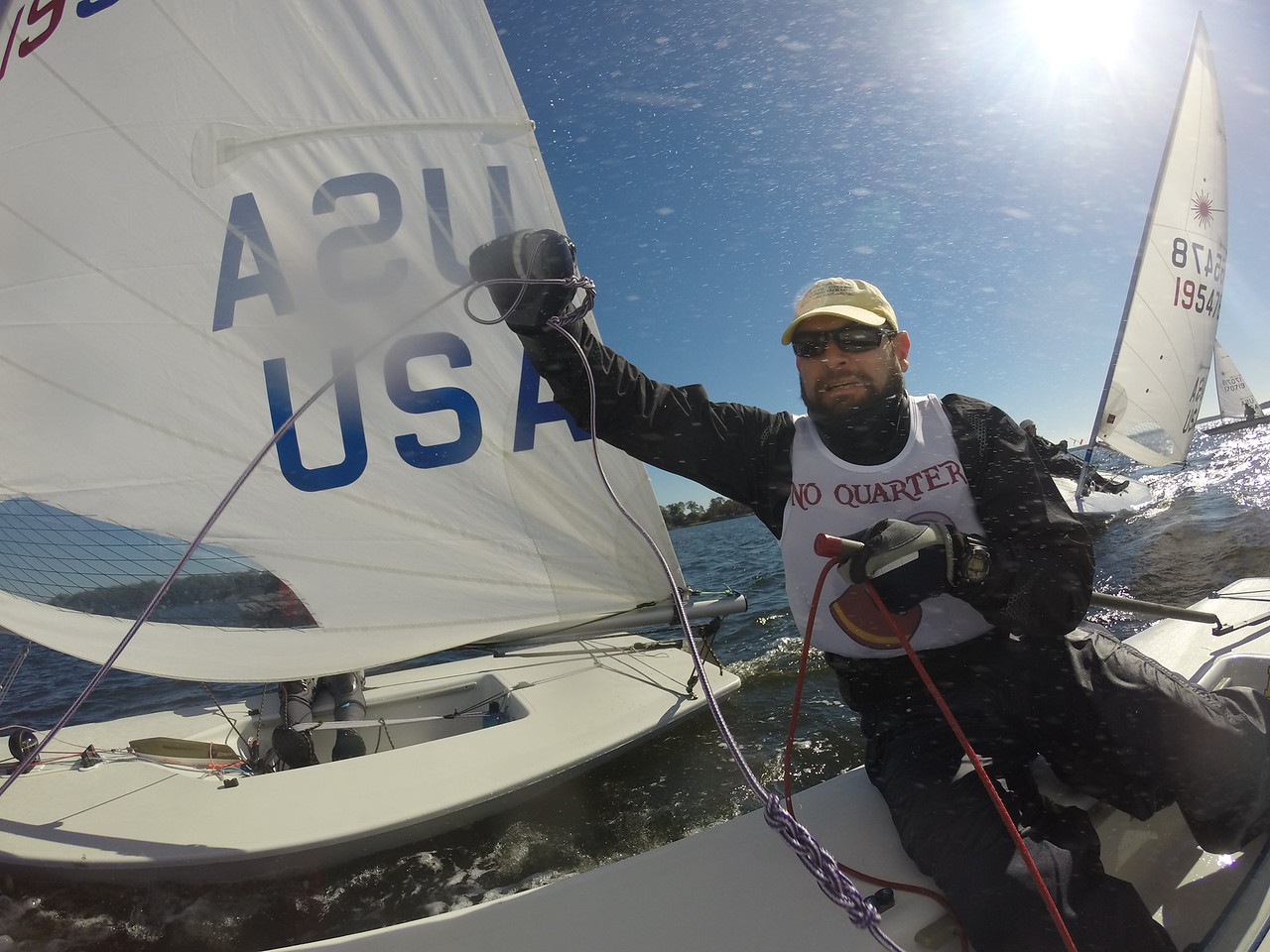 My last Laser regatta of the year was the Frostbite Regatta at Fishing Bay Yacht Club. It was a perfect fall day with wind and water temperatures in the low 60’s, plenty of sun and wind 8-13. We had a fleet of 14 boat sailing to winds out of the ENE in Fishing Bay. I had some mediocre starts making it tough to get a good lane early in the first beat often leaving me mid-fleet at the first rounding. Downwind there would sometimes be some puffs to be had on either side, but this was a pretty good fleet downwind and with the lighter air their weren’t many passing lanes. Upwind I could usually pick up a boat or two and get myself back into the top 5 most races.

Paul Almany had his drone up and got some good video of the last two races.  My pictures are here as well as the results. Thanks to Jerry & Henry Latell and Bob Fleck for doing race committee and Frank Murphy for the after race chili.