It was another fun weekend with the tailgate crew especially with one part having just gotten engaged and another part home for the game on baby watch.

It was also military appreciation day and we got to climb like kids on the equipment and see a pretty cool flyover. 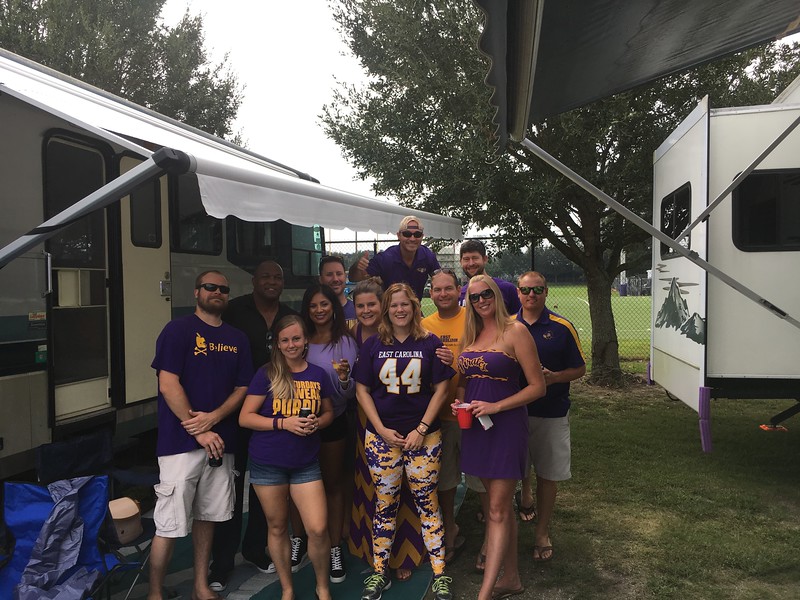 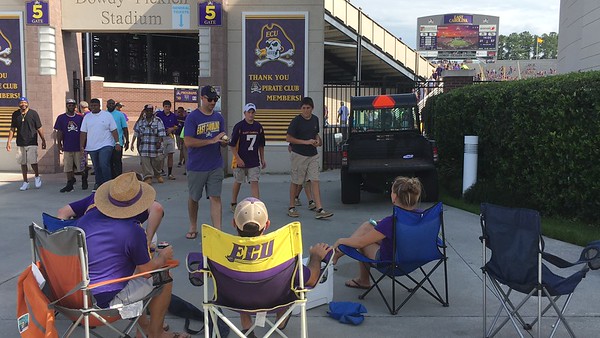 After being rescheduled due to a flooded Greenville earlier in the year we returned for the last and final game of the season. 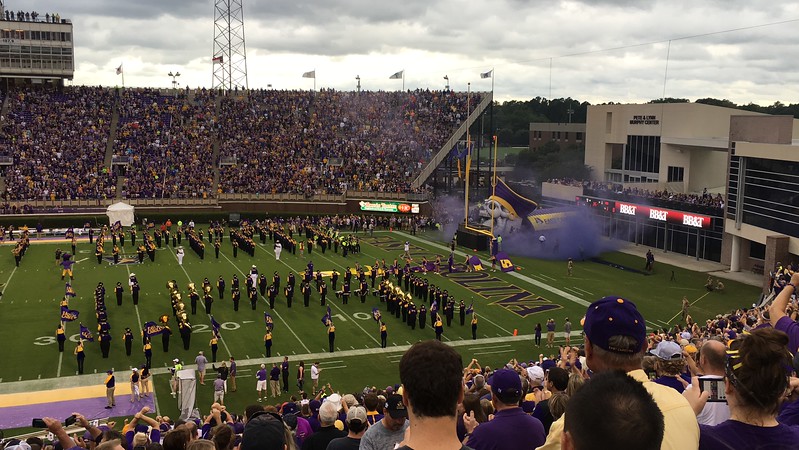 What started as a nice day turned into another wet one as we tailgated with the White Tiger in Greenville for the game against USF. A Thursday night game for ECU football against a tough Temple team.  The game was rough for the Pirates but one things for sure – we won the tailgate! Former quarterback Shane Cardin even stopped by to have his picture taken in front of the White Tiger.

A wet weekend for the annual match up between ECU and Virginia Tech.  Great catching up with old friends and having fun tailgating! ECU started the Football season Labor Day Weekend and the White Tiger crew was back together again for the first tailgate of the year.  Another fun weekend back at ECU.