This weekend should have been Fishing Bay Yacht Club‘s Opening Day Race followed by a J/70 clinic on Sunday – but the weather conspired to have it cancelled.  With no sailing to do and only a Blessing of the Fleet and party to attend – it became a work weekend and thus the J/70 that was not yet rigged was packed and hauled to Richmond.

While at home it was easy to get a couple projects done: 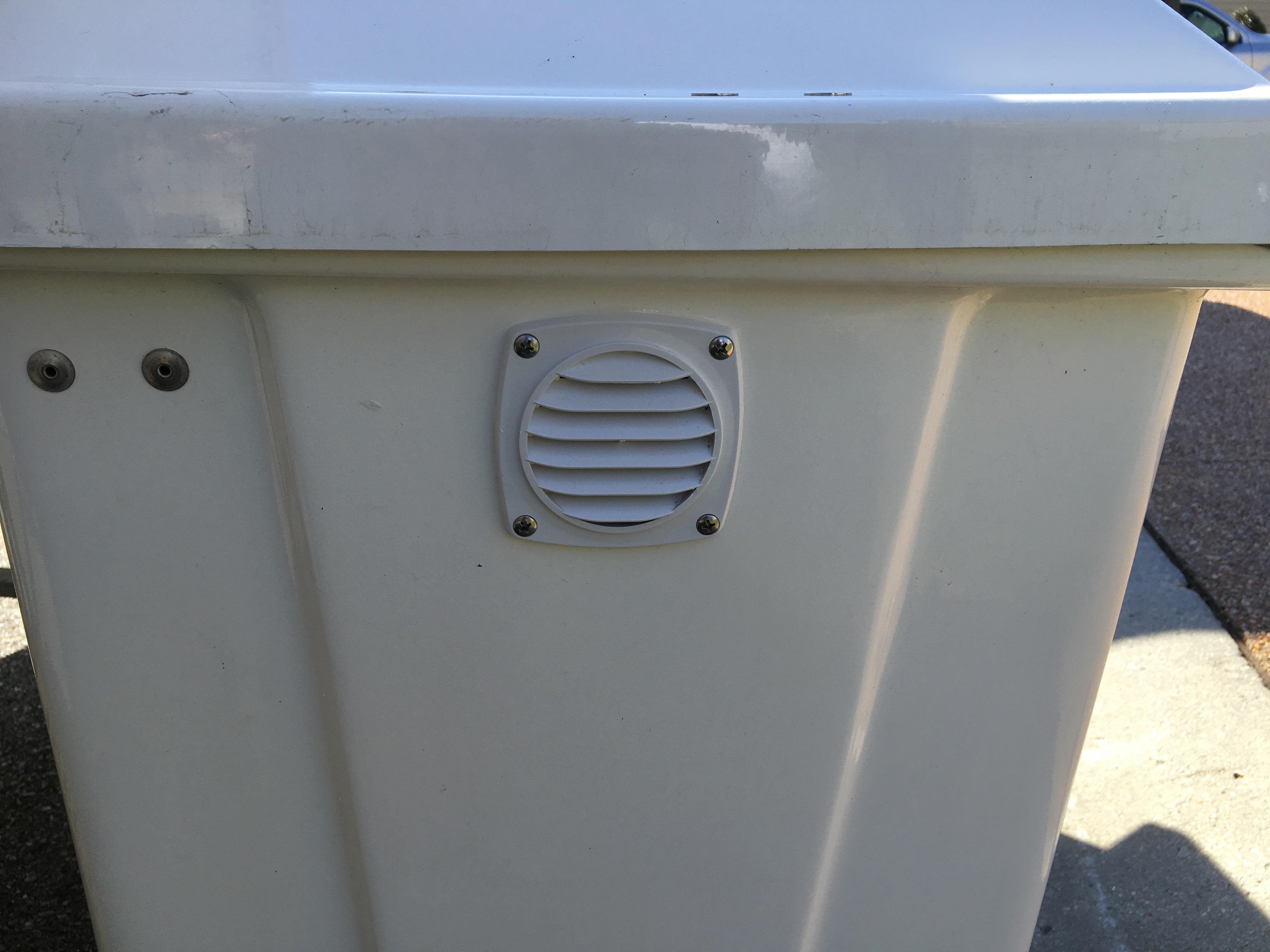 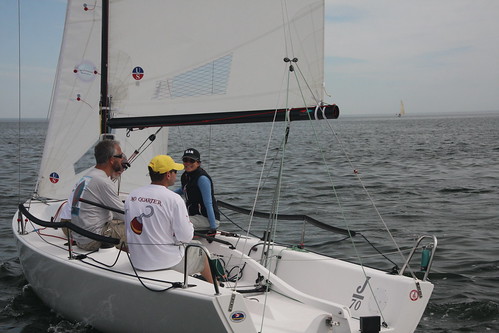 Saturday was the maiden voyage for J/70 No Quarter #781 at Fishing Bay Yacht Club for the Opening Day Regatta.  After being launched and splashed with Coors Light the boat was rigged, sails raised and we headed out to join the 4 other J/70s and 26 total boats taking part in the Opening Day middle distance race finishing 4th among the J/70s. 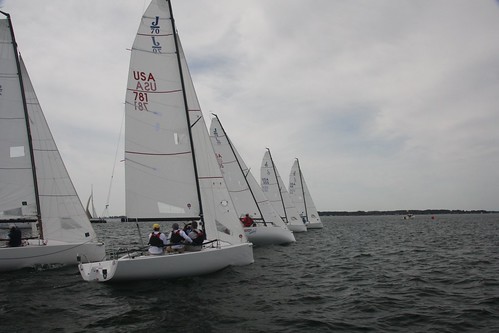 The boat worked great – the crew performed admirably – one thing was clear – this skipper needs more time at the helm.  I’m looking forward to many more J/70 races! 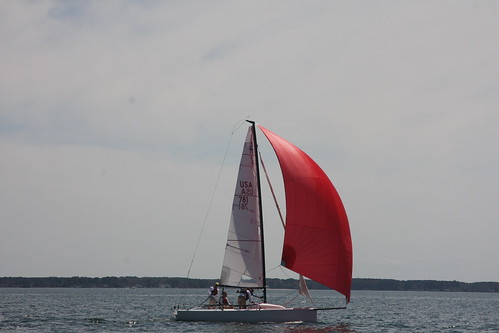 What a beautiful weekend to start the sailing season at Fishing Bay Yacht Club.  The first race of the season was a middle distance race of 12.8 nm from the mouth of the Piankatank out to the entrance to the Rappahannock River and back.  I was sailing on Wavelength, a C&C37, with Rob Whittet and Steve Utley.  We were among the 20+ other boats gathered in the 8-10 knot northerly breeze and mostly sunny skies. We had a great start in the 5-boat PHRF-A fleet that consisted of a J/109 Double Eagle, J/105s Corryvreckan and Shamrock, and modified Quest 30 Chilcoot.  The first leg was a short upwind leg inside the mouth of the Piankatank.  We then sailed close-hauled out to the entrance to the Rappahannock followed by a spinnaker run down to the entrance of the Piankatank.  Up until this point we were hanging with everyone except Double Eagle who was starting to get away from us.  At the turning mark the J/70s and the C and non-spin fleets were also using this as a turning mark.

Most of the fleet who had asymmetrical spinnakers went low on their way back to the finish up the Piankatank.  They weren’t laying the mark, but making really good VMG.  With a symmetrical spinnaker, we elected to take the high route with the #1 up.   About halfway back we could see Double Eagle get significantly headed and then drop the spinnaker.  They had to beat back to the mark, while we just cracked off and came back down to the rumb line nice and fast and closed the gap.  We didn’t beat them over the line, but had enough to make up the difference and won the race on corrected time.  What a great way to start the season.

This season will be bittersweet for Wavelength and crew – this will likely be the last spring series for the boat. Following racing the club held their blessing of the fleet and opening day party.  The food was great – as was the fun!

It was great to get back to sailboat racing this year at Opening Weekend at Fishing Bay Yacht Club.  On Saturday I sailed on Wavelength – a C&C 37 owned by Rob Whittet and Steve Utley.  The course was a middle distance race and the light air and chop was not kind to us.  Even without a great result it was a fun day on the water that ended up with a Opening Day dinner and party at the club.

On Sunday we sailed the first day of the Spring Series.  After waiting around for wind, we had a sea breeze that built until just after the start of the 2nd race.  Both races were nice and long and while we still couldn’t touch the J/109’s, we still sailed well and had fun.

Got the sailing season off to a great start on Saturday with the Opening Day Regatta at Fishing Bay Yacht Club sailing aboard the C&C37 Wavelength.  We did one 12.5 mile race out around the channel buoys to the entrance of the Rappahannock River and back.  We did some great sailing which included a spinnaker peel and managed to finish 2nd in some very close racing – only 36 seconds separated the top 4 boats on corrected time.  Results and Pictures. 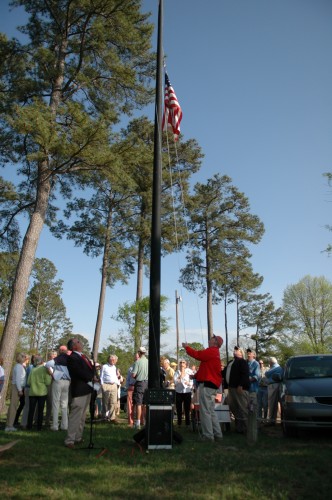 This weekend was Opening Weekend at Fishing Bay Yacht Club. We had two beautiful days of racing with winds between 10-20 knots. Between sailing the past 3 weekends and the unseasonably warm weather we’ve had – it hardly seems like opening weekend for me. It’s not May yet, but it certainly feels like it.

This weekend and the last 2 weekends I have sailed aboard Wavelength, a C&C 37 with ~9 other crew. It’s been fun sailing the same boat for a while and really learning some of the finer points of sail trim and boat handling. Let the sailing season begin!